If you still think of Edmonton as the little city with the big mall, it’s time for a serious rethink.

These days, Edmonton is buzzing. It’s growing fast, both in size and sophistication. It’s home to some of Canada’s most exciting art galleries and restaurants, countless cultural festivals and thrilling outdoor events that range from the Edmonton Marathon to the Ice on Whyte Festival, where you can zip down a giant ice slide in the middle of the city. And don’t miss the Edmonton Oilers as they hit the ice at their new arena, Rogers Place, this September.

The city may be nearing a population of a million, but it still has wide green spaces around its winding river under endless skies, making this an ideal destination for runners, cyclists, paddlers and active travellers of all sorts. Here are a few great ways to make the most of Edmonton.

A River Runs Through It

Flowing through the heart of Edmonton is the glacier-fed North Saskatchewan River. Along its shores sprawls a magnificent valley park 22 times the size of New York City’s Central Park, with a zoo, conservatory, historic fort and much more. Over 150 kilometres of trails crisscross this urban parkland, ideal for runners, walkers, cyclists and even Segway users — you can rent the motorized balancing vehicles from River Valley Adventure Co. You can also hop aboard a canoe, kayak or standup paddleboard and paddle happily away under the northern skies.

Almost overnight, it seems, Edmonton has become a hot culinary destination fed by the many farms in the surrounding area. While plenty of places still serve up traditional rib-sticking prairie fare, a growing number of restaurants specialize in healthy fuel.

Among them are vegan and vegetarian friendly Noorish and Café Mosaics. And for meat lovers, there’s Rostizado, from the same team behind the uber-popular Tres Carnales, a modern Mexican joint that features slow roasted meats and vegetables bursting with goodness.

Edmonton’s wide, flat streets, ever-expanding network of bike lanes and steep river valley trails make this a terrific destination for on- and off-road cyclists. It’s little wonder then that Edmonton is the finish line for the fourth annual Tour of Alberta, Canada’s largest professional cycling race. Some 120 of the world’s best cyclists start the six-stage race on Sept. 1 in Lethbridge, then travel through the Rocky Mountain foothills before arriving in Edmonton on Sept. 5. For even more action on wheels big and small, check out the only Canadian stop for the Festival International des Sports Extrêmes (FISE 2016), which brings daredevil BMX, mountain bike and skateboard athletes to Edmonton’s Hawrelak Park Sept. 16-18.

Whatever you’re into, Edmonton likely has a festival to celebrate it. And if you’re in the city for a sports event, there will likely also be a cultural fest going on at the same time. For instance, the Edmonton Marathon (Aug. 20-21) overlaps with both the Edmonton Blues Festival (Aug. 19-21) and the 35-year old Edmonton Fringe Festival (Aug. 11-21).

Just 40 minutes east of the big city is a pristine rustic refuge with a designated dark sky preserve — perfect for viewing the night sky. Elk Island National Park is one of the world’s best places to gaze upon the stars and to watch the dancing northern lights. It is also a bison conservation area, a place of First Nations heritage and breathtakingly beautiful woodlands, meadows and wetlands, a dream destination for hikers, paddlers, campers and cross-country skiers.

The Edmonton Marathon (Aug. 20-21) is a Boston qualifier that runs alongside the river valley and offers plenty of options for those who don’t want to run the whole 42 kilometres. The ITU World Cup Triathlon returns Sept. 3-4 after its successful 2014 finals with new events, including the National Sprint Duathlon Championships, aquathlon and aquabike. The Down & Dirty 5K Obstacle Race, Aug. 13, is the most fun you can have in the mud.

For more information on visiting Edmonton, go to www.exploreedmonton.com. 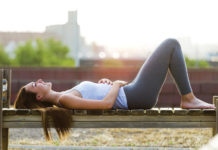 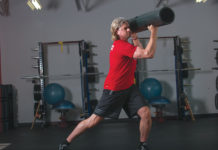 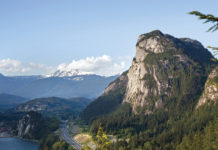 IMPACT Magazine - January 22, 2020
As seen in the January/February 2020 Inspiration Issue.