We all want to live healthier lives but did you ever consider that your community plays a key role in your health and fitness? Some of the key components of healthy communities include access to parks, green spaces, recreational facilities and places to exercise like sports fields, swimming pools, golf courses and ice rinks. Building healthy communities is becoming a priority for cities, urban planners and others. The city of Vancouver has a formalized Healthy City Strategy and Calgary and Toronto have similar plans. Improving the opportunity to cycle, walk, run or take public transit to work or school by changing the built environment is a growing area of research and could significantly influence your daily physical activity. Community design features, such as connected streets, a mix of residential, commercial, educational and employment areas, bike paths, and good public transit can support an active commute; whereas green spaces, waterways, walking paths, trails and recreation facilities can promote physical activity.

Exercise is one of the biggest determinants of health and where you live can have an influence on getting you out the door. With an aging population, staying active and healthy is more important than ever. The 2016 Canadian census showed that, for the first time, there are more adults over the age of 65 years than children under the age of 15.

According to a report on healthy living by Canada’s Chief Public Health Officer, Dr. Theresa Tam, building communities that promote being active is important. Approximately 80 per cent of Canadians live in urban areas and the urban sprawl that surrounds most major cities is a big problem that has been linked to sedentary lifestyles, easy access to unhealthy food, more time spent driving, less physical activity and higher rates of obesity.

Studies have shown that people benefit from living near natural areas. The ability to visit a natural area close to home, promotes both healthy living patterns and also contributes to a reduction in stress. In fact, just looking out the window at trees, shrubs, grass, water and other natural features is a proven stress reducer.

City planners and urban developers recognize the importance of green spaces and this is being reflected in formal plans and policies. The Vancouver Healthy Cities Plan has a goal of having all Vancouver residents live within a five minute walk of a park. And, as of 2014, 92.7 per cent of residents lived within 400 metres of a park or green space.

Visiting a natural environment will provide you with a restorative effect that is soothing and calming. While nature lovers have long cited the positive effect of enjoying the outdoors, in the past few years, science has begun to actually measure these effects. Rigorous studies have proven that accessing a natural environment has a positive effect on blood pressure, immune functioning and performance on standardized neurocognitive tests.

Researcher Frances E. Kuo, Associate Professor at the University of Illinois, studies the connections between health and access to nature. She puts it this way:

It is clear that communities with nearby natural areas such as river valleys, grasslands, lakes or even mountains hold a healthy advantage for their residents. Living close to city parks is also a contributing factor to a healthy community. Parks provide a place for neighbours to congregate and make social connections, an important determinant of wellness. They also promote physical activity in many forms. Playgrounds with swings, climbing equipment and slides encourage children to be active, develop social skills as they meet other kids and gain confidence in their physical abilities. And, with parents watching from the sidelines, social interaction is a possible outcome.

Playgrounds aren’t just for kids anymore. A number of communities in Toronto, Calgary, Vancouver and other cities worldwide, have created outdoor fitness parks. These facilities are provided by local municipalities and are free to anyone. The first generation offered static elements like logs to balance on and bars for pull ups. But they have progressed to more sophisticated equipment that focus on strength, cardio and balance.

A study commissioned by the Alberta Urban Municipalities Association concluded that residents living near outdoor fitness parks felt they “improve health, increase physical activity, and enhance a sense of community in their neighbourhood. Many also appreciated that it was freely accessible.”

According to Marie Beha and Caroline F. Hansen on the blog Sharing.Lab “The rationale for government-funded outdoor gyms has its roots in The Nudge Theory. The main idea behind this concept is that subtle changes in government policy can incentivize people to do things, which are in their own interest, without actually giving them direct orders to do so.”

Another feature of a healthy community is access to pathways which encourage residents to walk, run and cycle. Calgary, Toronto and Vancouver all have extensive cycle networks with designated routes linking outlying communities with the downtown core. Many of these are plowed and sanded in the winter, giving rise to a growing population of hardy, year round commuters. Communities that are situated on or near these networks give residents easy access to cycling for pleasure or commuting purposes, providing a healthy and pollution-free method of getting from one location to another.

The number of Canadians on foot and cycling is increasing. In Vancouver a 2016 survey by the city showed increasing numbers of pedestrians and cyclists with 27 per cent of all trips made on foot and seven per cent made by bike. People are also on the move in Toronto where the number of pedestrians and cyclists is growing. Cycle Toronto reports as many as 34 per cent of all trips are made on bike in some neighbourhoods, mainly mixed-use residential communities close to downtown, with a city-wide increase of 15 to 20 per cent over a decade. Calgary too is reporting an increase in the number of its pathway users. Data was last collected by the city in 2016 over a period of several months with totals as high as 75,957 pedestrian, 34 wheelchair and mobility scooter users, and 29,030 cyclists counted at 90 locations over one six-hour period.

Aside from the obvious health benefits of walking, running and cycling, these forms of transportation contribute to a cleaner environment with no emissions. That in turn encourages more people to get out into the environment.

Whether your community has sidewalks is something that you may overlook but it has an impact on active living. Walking along the side of the road just isn’t an attractive option for people who want to walk. It’s not safe or aesthetically pleasing to amble along the edge of a road with cars speeding by. Neighbourhoods with sidewalks have much more appeal and will have an influence on whether you decide to walk.

And there are a lot of fringe benefits to living in a community with sidewalks. Real Estate studies have shown that communities with sidewalks are more desirable and people are willing to pay more to live there. Sidewalks help improve access to local services and transportation and even help keep crime down by encouraging people to be out and about in the community.

Even the design of front yards can have an influence on the health of the community. Yards where people have flowerbeds and lawns require them to go outside even if it’s just to cut the lawn. This creates a connection with nature which helps with overall mental health. In addition, it gives them an opportunity to socialize with neighbours and pedestrians going by.

So the next time you head out into your neighbourhood, take a look at how it stacks up in terms of health and fitness. If it ticks all the right boxes, you’ve scored a win in community health. 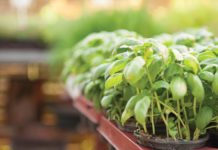 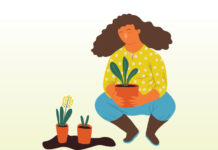 Why Gardening is Good for your Health 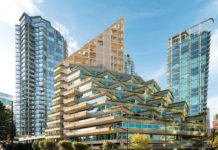