I want lean legs. I really, really do. But if having legs like Paula Radcliffe’s requires no longer quaffing a craft beer on a summer afternoon or sipping on a creatively concocted cocktail before dinner, I will have to accept imperfection. I admit, I am weak, or maybe just like most who value fitness, but also partaking in pleasures of the drink.

Drinking alcohol has a negative impact on weight much more than just the caloric content. A pint of beer or a nine-ounce glass of wine contains about the same calories, but beer has much higher carbs. A two-ounce cocktail has about half the calories and most have no carbs, but that changes based on the mixer. Add anything sweet and, of course, those counts skyrocket.

The negative effect of drinking on body fat comes down to organ function and hormone levels. The body cannot store alcohol, so it spends energy trying to get rid of it, instead of on the other important processes such as restoring organs and burning fat. Drinking reduces testosterone, which is responsible for building muscle for both males and females.

Drinking also interferes with the liver’s ability to metabolize fat efficiently, making it more likely to stick around, especially in the belly. The double whammy for females is that drinking suppresses progesterone production and impairs estrogen metabolism, throwing off the balance between these two important hormones. At optimal ratios, they work together to burn fat for energy, but disaster happens when estrogen dominates — the thyroid gland slows down and metabolism drops. The third factor is that alcohol not only dehydrates the body, but estrogen increases water, salt and fat retention in body tissue, especially the thighs and butt, leading to the classic clues of puffiness and cellulite that prevent even the most avid exerciser from having lean legs!

It comes down to two realities:

So what can we do about it?

The most obvious strategy is to cut back. If completely giving up alcohol is not feasible, try cutting it out during the week, saving it for special occasions and weekends. Drinking two to three litres of water per day flushes the liver, making it more able to metabolize fat.

The third way is to incorporate metabolism boosters. Certain foods such as eggs, oatmeal, vegetables and whey protein are notorious fat-burners and simple to add to your daily food routine.

Another strategy is exercise. Resistance training builds muscle, which, in turn, increases metabolism. One pound of muscle requires 50-100 calories per day to function, so the more lean muscle mass you have, the higher your basal metabolic rate.

Try high intensity interval training — anything from spin classes and boot camps to metabolic conditioning. The afterburn of a hard workout increases metabolism for as long as it takes your body to restore itself — up to 38 hours post exercise.

The key is to constantly push your boundaries and go out of your comfort zone so your body has to work to recover.

Go ahead and enjoy that glass of wine with dinner, just fight back with a few strategic moves. 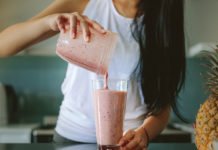 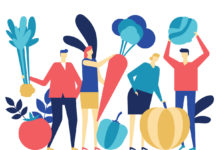 How to Start a Vegan Diet & Keep Going 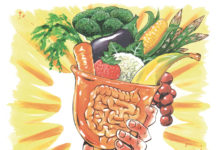 The Holy Grail of Gut Health