Can you be a top notch climber with a prosthetic limb? Turns out you can if you have the right problem solver on your side.

Kai Lin, an American industrial designer is just one of the innovative problem solvers Arc’teryx is highlighting through a unique program called The Way of the Problem Solver.

When you get right down to it, Arc’teryx is a company of problem solvers looking for the perfect solution to ensure its gear excels under any conditions. To promote and articulate this approach, the company has sought out like-minded designers who are working at the junction of nature and design confronting intractable problems to make lives better.

“We want to celebrate people who have solved problems that have had a significant human impact,” said Stephanie Jamieson, Global Retail Marketing Manager for Arc’teryx in Vancouver. “We asked people to nominate Problem Solvers from across North America and the U.K.” explains Jamieson, “and now we’re ready to share our top nominees with the pubic.”

Events are being held in a number of major cities including Vancouver, Calgary and Toronto. Three top Problem Solvers from each city will be featured and the public will be asked to vote on which one they feel most connected to.

“These local Problem Solvers have touched their communities in a big way,” says Jamieson. “And they are all receiving support from Arc’teryx.”

Some of the nominees have projects still in the prototype stage and Arc’teryx hopes they can connect with others who can potentially bring these innovations to life. The whole campaign is about connecting people together Jamieson said and celebrating individuals who have solved big issues.

Most sports-based companies use athletes to help promote their brand and while Arc’teryx does that too, this campaign goes way beyond the realm of athletics. It connects to the very heart of the company and what it embodies. And that’s the secret of its success.

Meet Local Problem Solvers and Vote for Your Top Choice

Drop by your local Arc’teryx store for this fun community event and hear what the top three Problem Solvers in your community have to say about innovation, design and ingenuity.

Read about some of the top Problem Solvers Arc’teryx is profiling:

Out on a Limb

Empathy, efficiency, and a willingness to adapt – Kai Lin’s KLIPPA prosthetic foot is inspired by mountain goats and a desire to help people.

Kai’s story explores his unlikely alliance with Arc’teryx athlete, Craig DeMartino, an amputee climber. With help from Arc’teryx, the pair serve up a holy grail for adaptive rock climbers – a badass prosthetic foot, that won’t just level the playing field, but will dish up, if not superpowers, then a real sense of empowerment. Which is almost the same thing.

Arc’teryx was looking for inspiring problem solvers operating when they met Lin, whose project had been languishing with no money to build a functional prototype. The company offered Lin the use of their 3D printer and to reconnect him with DeMartino to put the design to the test.

Leave No Trace in Outer Space

Natalie Panek, a rocket scientist, space junk crusader, backcountry and extra-terrestrial leave-no-trace advocate, is using her passion for space and genius for aerospace robotics to solve pollution in outer space.

Natalie’s lifelong quest for interplanetary adventure crash-landed in 2018 when she was ousted from amongst the final 72 candidates in the Canadian Space Agency’s recruitment selection. Now she’s grounded on earth, confronted daily with the

‘rogue’ white streak in her hair that was her downfall, and the unreachable proximity of space as she solves how to move the European Space Agency’s rover around Mars.

Ripples in all Directions

In the wake of the great East Japan earthquake of 2011, a small group of Japanese architects refused to let the bigness of the disaster prevent them from responding.

So, they designed a host of tiny community centres, customized to each impacted neighbourhood of displaced survivors, under a movement they called ‘Home for All.’ They helped hundreds of people who cannot go back, to move forwards, and in the process, their own personal approach to design was radically transformed – a reminder that everything we shape, shapes us in return. It’s the type of momentum that is generated by collaboration – ripples going off in all directions.

Inspired by problem-solvers in our midst and beyond, Arc’teryx designers accepted an invitation from UNICEF to head to Mongolia, to the coldest city in the world. Here they shared their understanding of insulation and extreme conditions with a global collaborative effort aimed at making traditional gear more thermally efficient. 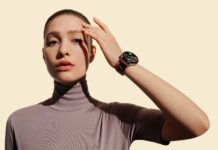 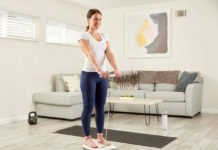 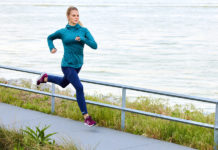