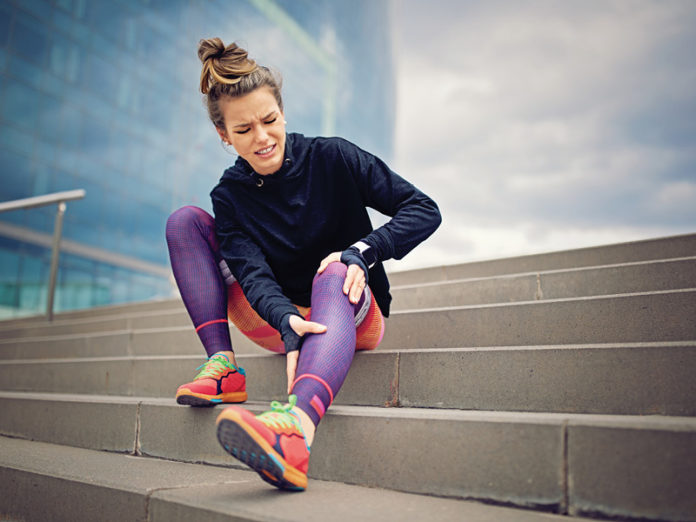 In the fitness world, we’ve all heard the expression ‘no pain, no gain.’ But is it true? Is it good to push through pain? Or is pain an indicator of a pending injury?

To answer these questions, we need to determine exactly which structure is responsible for the pain. In a broad sense, musculoskeletal structures can be broken into five categories: muscle, tendon, bone, joint and ligament.

Delayed onset muscle soreness (DOMS) is the term used to describe the pain that accompanies muscle breakdown. This type of pain generally begins about 12 – 24 hours after a workout and may last up to 96 hours, depending on the severity. This is typically a ‘good’ pain and indicates that the muscles were challenged. During DOMS, muscles are rebuilding so working them while you’re still sore may prevent the positive gains you want.

As with muscles, when tendons experience an increase in load, they are signaled to adapt by increasing their size and strength. They do this by increasing the number of collagen fibres in the bundle (think of a handful of uncooked spaghetti). When tendons are overloaded and not allowed the adequate amount of time to build new fibres, the configuration becomes disorganized (think of cooked spaghetti). This new, maladaptive configuration is much weaker than the original tendon and when it sees load, micro-tears form. This is the genesis of tendon pain.

The difficulty with tendon pain is that by the time the pain is felt, the tendon has already transformed into the disorganized configuration. To compound this problem, even damaged tendons generally feel better when they are warmed up. In other words, at the start of a run, the tendon is stiff and painful but the pain goes away after several minutes of running. This can lead a runner to think there isn’t a problem and by continuing to run, more damage may be caused. And, 12 – 24 hours later, the pain from a damaged tendon becomes even worse than before the run.

In runners, tendon damage typically occurs around the ankle (Achilles tendon, peroneal tendons, or tibialis posterior tendon), at the knee (patellar tendon), or at the buttock (hamstring tendon). Often the pain is described as sharp or stiff until the tendon has warmed up. If a tendon injury is suspected, avoid aggravating activities until a management plan has been developed.

Bone pain in runners is an overloading phenomenon that can ultimately lead to a stress fracture. Here, the bone cannot handle the repetitive load that is placed on it and the cortical structure eventually breaks (think of bending a thin piece of metal over and over until it breaks). With bone injuries, the pain begins at the beginning of a run and gets worse during the run. After finishing the run, the pain decreases.

If you are a distance runner with dull, achy pain at themid-foot (metatarsal or navicular bones), shin (tibia), or hip/groin (femur), there may be a developing stress fracture.

Joint pain occurs from degeneration of the components of the joint associated with arthritis. Like bone pain, joint pain gets worse while running and lessens after stopping.

Ligaments require a specific traumatic injury to be damaged (e.g. rolling an ankle). If there hasn’t been a specific injury, it is very unlikely that a ligament is causing pain.

If you are experiencing pain associated with any type of training, a visit with a sport medicine physician can help to confirm the diagnosis. Once the diagnosis is determined, a management plan can be developed. With both muscle and ligament pain, pain tolerance should be used as a guide for training. Tendon, bone, and joint pain can indicate an impending injury that is likely to get worse with increased loading. 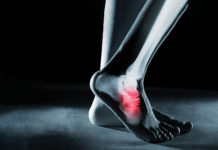 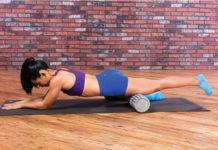 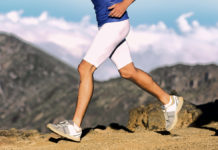 The Key to Healthy Hips