“Tell me about yourself as an athlete.” You would be amazed at how athletes respond to this simple question. On the face of it, it’s an invitation to talk about routine and quantifiable aspects of athletic life: the event an athlete competes in, the type and amount of training she does, recent results, PRs, and so on. However, far more revealing is how athletes talk about themselves–the words they use, what they choose to focus on first and second and, sometimes more importantly, what they don’t mention at all.

How To Fake It Till You Make It

It turns out that following advice to “just be yourself” is often the worst thing you can do. Scientific evidence increasingly suggests that pretending to be someone else can be a powerful strategy to instantly transform into an aspirational version of yourself.

Your true self might be shy, self-critical, and easily intimidated by the competition, but what if for just a few hours you could try on a new athletic identity–someone who thrives in competition, has tons of confidence, refuses to quit, and doesn’t care what others think? Anecdotally, we know that many top performers already do this.

For years, Beyoncé performed as Sasha Fierce until her true identity caught up. Lesley competes as gritty boxer, Paddy McGinty. We call these temporary identities “alter egos” and they aren’t just for superhero movies or people with dissociative identity disorders. Using an alternative identity can play a strong therapeutic role in psychotherapy, and new evidence suggests that pretending can favourably alter your biochemistry and improve performance. Yes, “fake it ‘til you make it” is now backed by science.

The first step in creating your athletic alter ego is to think of the attributes you want your new identity to have. It sometimes helps to think of actual people or fictional characters that embody the identity you’re seeking. Perhaps you’re looking for a sleek ninja or a bare-knuckle boxer? Perhaps you want to think and act like an actual athlete you admire for his or her guts and tenacity. If there are people or characters who remind you of this identity, make a note of them to help you get into character. Then choose a name for your alter ego that matches the traits of your character and develop a backstory. How did they develop these traits? What kind of life have they experienced? What have they already endured?

The final elements in bringing the character to life involve thinking through the behaviours and self-talk that get you into the mindset of the identity. They include personal mantras, actions, and routines, as well as physical reminders that help you step into that identity. The great advantage of being an athlete is that we already have good triggers for the transition–our race kit can literally become our costume.

Regardless of the scientific basis for forming an alter ego, we find that many athletes are relieved to know that they don’t have to undergo a complete personality makeover to develop the athletic identity they want. It’s far less intimidating to simply suit up as a new character rather than tackle years of entrenched thinking.

Until the true identity has a chance to catch up through fixing self-schema and experience, stepping into new shoes is a great way to start.

What Constitutes a Mature Athletic Identity?

Re-printed by permission from The Brave Athlete: Calm the F*ck Down and Rise to the Occasion, VeloPress 2017. 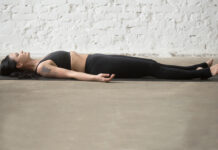 Yoga Nidra for What Ails You 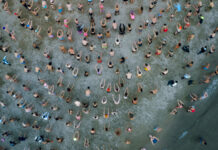 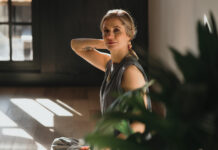 Creating A Self-Care Routine Based on Four Pillars of Health