Brothers and running buddies Simon and Raymond Ong love to chase each other down and lift each other up. They both started running to help create healthy habits and turn around unhealthy lifestyles. Simon, 28, took up the mantle six years ago when he weighed 230 pounds. The Calgary nurse got his act in gear, running away 60 extra pounds and picking up some serious speed in the process. “I was eating fast foods, doing no activities and it made me experience chest pain and high blood pressure,” Simon says. “Starting running is the best decision I made.” Raymond, 24, was on his own spiral, smoking and drinking too much alcohol. The brothers ran their first marathon together in 2012. Simon stopped the clock in 4:41 and Raymond, a provisional pharmacy technician, was not thrilled coming in an hour behind his big brother. They both sought the Holy Grail of marathons in Boston and Simon ran 2:59:01 in Toronto to qualify, then raced Boston in 2016. Their next big goal is to run Boston together in 2019. Raymond now runs a speedy 1:27 half-marathon. “I am focusing on following the training schedule set out by Simon and training with him. I believe dreams will come true as long as you have faith in yourself, your coach, training and in God.” 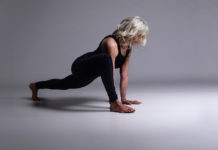 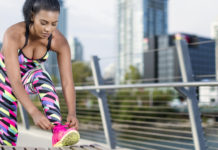 Seeking the truth behind running injuries 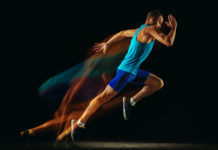