Each year for the past six years, Dan Abramsky has climbed all 1,776 stairs to the top of CN Tower to raise money for the World Wildlife Federation. Abramsky, a 49-year-old architectural technologist from Toronto, raced up in 15:34 his first time out and hasn’t beaten that mark since. He keeps at it to benefit a good cause and because it’s fun. “It helps me keep in shape and gives me a goal to work towards,” he adds. “I like that on a personal level.”

Abramsky is one of the growing ranks of participants in stair racing, also known as tower running. Although the sport has been around for decades — 2015 marked the 25th annual World Wildlife Federation CN Tower climb — it’s mushroomed of late. The annual United Way Climb, also at CN Tower, has seen more than 11,000 participants in recent years.

Tower running offers an intense workout, improving aerobic fitness, strength and speed better than most activities, making it prized by runners, triathletes and other endurance athletes.

“It pays to do stairs,” says Napoleon Woo, a 58-year-old world-ranked Quebecer who in 2013 finished sixth in the globe’s tallest indoor climb, the 2,754-step Shanghai World Financial Centre. “You get a lot more done in 15 or 20 minutes doing stairs than if you run for 15 or 20 minutes.”

As an organized sport, stair racing is in its infancy. The first world championship took place in 2009 under the auspices of the Towerrunning World Association. Today, according to the federation, there are more than 200 stair races each year in cities around the globe. Based on Abramsky’s experiences, stair racing is on the way up in more than figurative terms. “It’s definitely become more popular,” he says. “The crowds are bigger and bigger every year.” 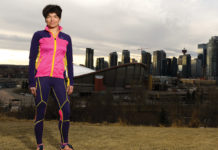 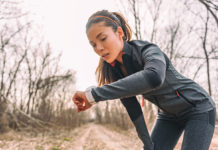 Taking Your Training to the Next Level