When I was 16 years old, I competed at my first of five Paralympic Games. They were held in Sydney, Australia, the same city that hosted the Olympic Games a couple of weeks earlier.

That Paralympics, in 2000, was an afterthought in Canada. There was no media at the Games, no TV coverage and newspaper stories were mostly relegated to the digest section, if we were lucky. Most of the public had never heard of the Paralympics.

Fast forward to 2021, and it’s a completely different world. The recently completed Paralympic Games in Tokyo received more widespread coverage than ever in Canada. Most sports could be streamed live, and CBC and Radio-Canada provided up to three daily update shows, including a primetime slot for the first time on CBC Sports.

And Canadian athletes such as swimmer Aurélie Rivard and wheelchair racer Brent Lakatos were trending in the news across the country as Canadians expressed their pride and joy in our Paralympians through social media.

The top Para athletes also train in national training centres, have access to the same facilities and government funding as Olympians, and are guided by certified coaches. Paralympians are high performance athletes.

But there is still work to be done on a global level.

To launch the Tokyo Games, the biggest ever human rights movement to end discrimination was launched. #Wethe15, a nod to the fact that 15 per cent of the global population has a disability, aims to transform the lives of the world’s 1.2 billion persons with a disability and is a message that the world is ready to accept their differences and encourage them to pursue their dreams.

It is much more fun to work out with friends or in social environment, which makes it even more important that gyms and sport organizations emphasize inclusion and accessibility so more people of all abilities can be active. Only five per cent of Canadians with a disability are involved in sport in general, which leaves a large population to tap into.

I consider myself lucky that my career in Para sport has occurred in a progressive period for the Paralympic Movement. I’ve been able to follow the lead of great Canadian role models such as Terry Fox, Rick Hansen and Chantal Petitclerc who laid the groundwork so that athletes of my generation could avoid the hurdles they faced in their careers.

Governments and businesses in Canada are making it more and more of a priority to provide essential services and demanding accessibility for all its major projects whether it’s in new train cars or wheelchair ramps in buildings.

In the end, each of us must have an open mind to understand that each individual faces various challenges, but regardless of anyone’s disability, that doesn’t equate with limitations. They’ve also overcome many challenges that can bring a new dimension and a new viewpoint to the world. Don’t believe me. Just watch the Paralympic Games. 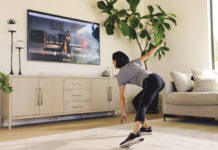 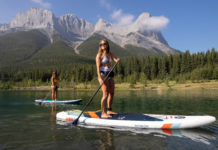 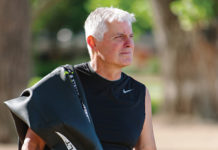 Staying Safe in the Open Water