Home Fitness Get Active 5 Reasons Why You Should Start Cycling

From mountain trails to city pathways and roadways, the pandemic has brought out the cyclist in more people than ever before. Here are five reasons to enjoy yourself outdoors on two wheels.

It’s a different world exploring on your bike. Since the COVID-19 lockdown, people have been scrambling to stay active and connect to the outdoors. Cycling facilitates this and cities around the world have added infrastructure to encourage safe cycling.

Repurposing city streets by converting one or two lanes into cycle and pedestrian-only zones, has drawn people outside like never before, letting them experience their hometown in a new way. According to Canadian bike advocacy group Velo Bike, expanded cycling networks have been created in Calgary, Vancouver, Victoria, Winnipeg, Ottawa, Kitchener, Toronto, Montreal and Moncton since the pandemic began.

Michael Longfield, Interim Executive Director of Cycle Toronto, says 40 kilometres of new bike lanes have been installed this summer and on weekends. Three major roads are closed to traffic, attracting up to 20,000 cyclists. In Calgary, eight areas around the city have had traffic lanes converted to popular pedestrian and cycling zones. In the city of Vancouver, similar initiatives have taken root with 50 kilometres added to its bike network.

“Initially, the Stanley Park Seawall was so full of bikes that the city decided to close all the roads in the park to traffic and moved the bikes off the Seawall,” said Jeff Leigh, board member for HUB Cycling, a Vancouver bike advocacy group. “Now we’re seeing five-year olds and families cycling through the park where previously, it was only people training and doing laps along with traffic.”

Leigh says in the first two months of the pandemic, the city counted 350,000 bike trips through Stanley Park. In the same period last year, there were only 60,000 car trips.

2. Be Social at a Distance

What is it about cycling that has attracted old and new riders like never before?

“When the lockdown started, people wanted to get outside and one thing they could do was cycle,” says Gary Millard, President of Bike Calgary.

Don Yuen, executive member of the Calgary Mountain Bike Alliance, says people aren’t travelling right now, they’re taking up cycling instead and more families are riding together than ever before. That can set a positive intention for children to emulate as they grow up.

In addition, cycling makes it easy to social distance from other riders and pedestrians while at the same time being a social activity.

“It’s not just hardcore commuters and people training on bikes anymore,” says Leigh. “Now there’s lots of recreational riders. We’re seeing huge support for cycling with people buying bikes and fixing up their old ones. Some people are nervous about taking transit because of COVID-19 and have turned to bikes. We don’t want them to return to their cars.”

Longfield says riding a bike is an efficient and economical way to get around the city and with an increase in the cycling network more people will continue cycling.

“One-third of all trips in Toronto are under five kilometres and many of those trips would be bikeable for people, especially with more protected infrastructure.”

Yuen says with the big jump in the number of cyclists on the local off-road trail systems, they’ve seen an increase in illegal building going on with people creating jumps and other obstacles on the trails. But he’s also been pleasantly surprised by how courteous both cyclists and hikers have been to each other while sharing trails.

One positive result of the pandemic is a huge spike in support from mountain bike riders, says Yuen. The Calgary Mountain Bike Alliance maintains a network of trails in Calgary, Kananaskis Country and West Bragg Creek with regular work parties fixing and improving the trails.

“Our membership is up 50 per cent and we just had our biggest AGM ever,” Yuen said. “So many people are telling us ‘I’m out of work with nothing to do. Can I help work on the trails?’”

While everyone jokes about their COVID pounds, physical activity is crucial for good health and well-being. Cycling has a lot of offer in terms of physical fitness.

Your lungs work hard when cycling, strengthening your cardiovascular system over time. In fact, while cycling you’ll use about 10 times the oxygen you would watching an episode of 90 Day Fiancé. And according to the U.S. National Forum for Coronary Heart Disease, regular cyclists enjoy a fitness level similar to a person 10 years younger. Another study from Purdue University showed that cycling had a positive impact on reducing the risk of heart disease.

In addition to a good set of lungs, cycling helps develop leg and core muscles, gaining strength that benefits other sports such as running. Cycling is also a great recovery tool, particularly for knee injuries, and aids in balance and coordination. And cycling for at least 30 minutes will increase your metabolism both during and after the ride for several hours. Any exercise will help produce those feel-good endorphins and cycling is no exception. With the stress and strain of COVID-19, having a mental health boost is imperative.

4. The Environment Will Thank You

Avid cyclists already know the benefits of riding versus driving. As an eco-friendly activity, cycling creates no emissions and decreases your environmental footprint. Just cycling a few times a week instead of driving can make a big difference. Noise pollution is also reduced and since bikes don’t need gasoline, oil, antifreeze or other chemicals, there’s no chance of environmental damage from these toxic liquids.

According to an article in Bike Radar it takes about five per cent of the materials and energy to make a bike versus a car, and riders can travel about three times the speed of walking, making bikes efficient to use. Twenty bikes can be parked in the same space as one car, easing the need for parking lots.

Bikes are an economical option for many people, not requiring insurance, expensive maintenance or monthly payments. During the first few months of the lockdown, bike sales surged at cycling shops around the world.

“Any bike under $1,000 sold immediately,” Smith said, “and that applied to all kinds of bikes – road, recreational, hybrid and kids.”

The most popular bike has been the hybrid style which can be used for both trail and road riding while interest in road bikes has diminished. Mountain bikes and any recreational-style bikes have also been sought after.

“All the popular styles are gone and there are currently only 15 bikes on the sales floor with a few in boxes in the basement,” says Smith. “We’re trying to get more from suppliers but they’re also behind after the COVID-19 shutdown. At this point, they are abandoning 2020 models and moving into production of 2021 bikes.”

Even their repair shop has been backed up. Smith said, in June they had a two-month waiting list so they stopped taking names. They doubled up their tech staff and are trying to adapt to the craziness.

5. Embrace a New Normal With Cycling

Whether the popularity of cycling continues after the pandemic ends is a question bike aficionados and advocacy groups are asking themselves right now.

“Like Dr. Bonnie Henry says, we are going forward toward a new normal and cycling is part of that,” Leigh says. [Henry is BC’s Provincial Health Officer.] “Now that we are in the later phases of opening, some are saying ‘Let’s change things back.’ And in other cities, the cycling isn’t lessening. Take a look at photos of Paris taken last year and this year. Now we need to figure out how to sustain the changes to support cycling.”

“Bike Calgary would like to get the infrastructure to the point that is easy and intuitive to navigate,” says Millard. “The City of Calgary is striving for a 5A approach to cycling – Always Available to All Ages and Abilities. With the road closure in Banff [Highway 1A) and lane conversions in Calgary, people are realizing this is something we should keep. It’s not a threat to the transportation system.”

Governments around the world are recognizing that riding a bike and active transportation are essential to their economic and social recovery, explains Longfield. More people are realizing the benefits of riding a bike for recreation and transportation. The current popularity underscores the urgency for governments to do more to promote and encourage a culture of bike riding while continuing to rebalance streets and build more protected infrastructure.

Currently, as a result of COVID-19 and the difficulty of social distancing on public buses and trains, numerous European cities are actively encouraging cycling by designating miles of roadways as cycling only. For example, Paris Mayor Anne Hidalgo, already a fan of expanding cycling infrastructure – has designated 31 miles of roadway as cycling-only, including iconic routes such as in front of the Louvre Museum. Similar initiatives are underway in Britain, Belgium, Spain and other nations. A side benefit is a decrease in air pollution that is already being  measured.

“We’ve learned a lot from the pandemic,” says Leigh. “We’ve learned it’s nice to cycle through Stanley Park and other roads without the traffic.”

“Personally, I’m cautiously optimistic,” says Longfield. “With more room to safely walk, roll and ride on our streets, and more space for outdoor cafes and restaurants, people may not want to go back to the status quo of busy car-traffic and overcrowded parking. The pandemic is not just an opportunity for advocates; it’s the responsibility of our governments to start building a sustainable future that leaves no one behind. Bikes can play a huge role in that future.”

This has not been a regular summer, and this is not a regular edition of IMPACT Magazine. In fact, it is an unprecedented issue that comes to you as a result of true grit and community support.

Read this story in our 2020 Summer Digital Edition. 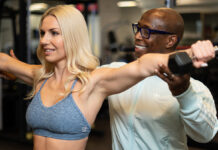 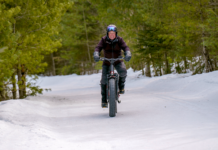 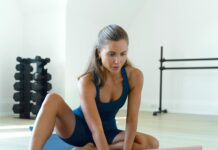