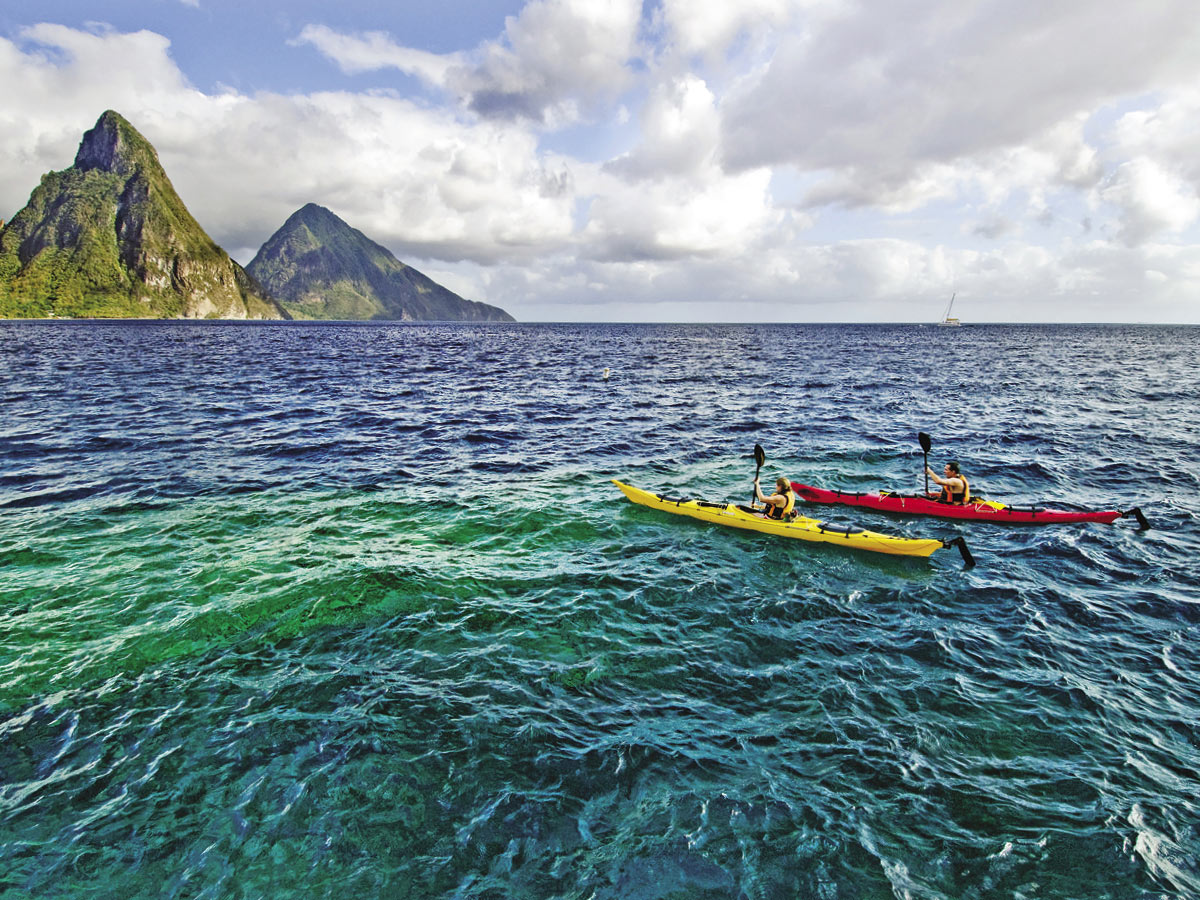 Over 30 Years, IMPACT Magazine has taken readers to amazing destinations for active and fit adventures around the world. We hope we have inspired your travels over the years and if you need a refresher of where we have gone together, here’s a look at 30 of our favourite destinations and travel stories. We thought about ranking the list, but they are all top-flight experiences.

With adventures on land and sea, St. Lucia has activities to challenge your heart and an atmosphere to soothe your soul, a place where you can get your sweat on and leave life’s knotted tensions behind. Go there with Chris Welner.

Put the Reggae Marathon in your datebook for December and revel in the glory of the world’s happiest marathon, where soulful beats accompany you throughout the race. Elaine Kupser soaks up the sunshine.

Many backpackers blow through Ecuador on the way to Machu Picchu, but those who take the time to visit this lesser-known South American country will discover — as did writer Sinead Mulhern — one of the most magical places in the world in Andes El Cajas National Park.

France is the top tourist destination in the world with more than 90 million visitors per year and no wonder, with a cuisine to die for, unparalleled sightseeing and a unique culture. While you’re ‘en vacances,’ consider translating some of your time into cycling, hiking or running through this beautiful country.

Hiking or biking, the Chilkoot Trail winds through 53 kilometres of wilderness from the coast of Alaska, across the U.S.-Canada border and into British Columbia. Experience lush costal rainforest, the rocky Chilkoot Pass, stunning alpine lakes and rugged tundra.

Test your fitness with a
three-day ride in Khao Lak past areas ravaged by the deadly Tsunami of 2004. Or tune up winter triathlon training in Phuket at the Thanyapura Health & Sports Resort.

In the 19th century, Philipp Bussemer began publishing hiking guides for the Black Forest Highlands in Germany. Travellers continue to trek those trails and witness beautiful mountain and valley panoramas.

Surrounded by the majestic Himalayas, with the life-giving Ganges River snaking through, the tranquil Indian town of Rishiskesh is known as the birthplace of Yoga. Writer Kadie Hummel took her Yoga teacher training here, a place she describes as something out of a storybook.

It was a grueling 5,856K tour of Argentina beginning at the Bolivian border and finishing in Ushuaia, the so-called “world’s end.” Adventurer Damian Jakibchuk took up the epic challenge of riding solo to the bottom of South America.

Northern California can be chilly in the fall, but not cold enough to stop naked folks from strutting their stuff in San Francisco’s Bay to Breakers 12K Run. It’s one of many active adventures at your beck and call, from fly fishing to hiking the majestic trails at Yosemite National Park. Elaine Kupser visits.

11. Honouring the Fallen in Italy

The road up Monte Cassino is a twisting, calf-cramping series of switchbacks, but it is only eight kilometres long. After a screaming 25K downhill from our lunch spot by Lago Selva, this is our final reward. It is the last climb of our trip at the end of a week of cycling down the Adriatic Coast of Italy with Wounded Warriors Canada, writes Evan Baker.

Are your running shoes looking to spend some time in Europe? IMPACT’s Michelle Tchea reveals seven spectacular European destinations, from Austria to Poland.

Jump on for a 5,000K bike ride from Jasper, Alberta to Los Angeles with writer Sean Heakes as he discovers his inner soul.

Writer James Fell spent no time in casinos during his trip to Las Vegas. He did discover some of the great outdoors in and around the desert city.

Follow in the horse tracks of 19th Century explorers Lewis and Clark as you ride the Oregon Trail in America’s most connected network of cycling trails.

Most of the 7,497-foot climb up Mount Sinai is trekked under moonlight and flashlight to avoid daytime heat in the Egyptian desert. Watching an awe-inspiring sunrise from the summit of the mountain where Moses is said to have received the Ten Commandments is the reward for your efforts.

From cycling Grand Tour races to Ironman triathlons, marathons and ultras and, oh yes, the 2016 Olympic and Paralympic Summer Games, Rio de Janeiro is a South American paradise full of life, love and sporting adventures. The beaches are wicked too.

Through millions of years of erosion, the Tsingy de Bemaraha forest has taken on fantastical forms unlike anywhere else. It is one of the few remaining dry tropical forests of the world. Join this science exploration with endurance athlete Ian MacNairn.

Discover the many facets of Taiwan’s fitness culture, from active school children to bike touring and racing and the world’s biggest stair climber, the 84 storey Taipei 101 skyscraper. Taiwan has also firmly established itself as a leader in manufacturing fitness equipment used around the world.

Fitness travels are among the best ways to rid your body and mind of unwanted stress. Publisher Elaine Kupser got pampered in Hosteria Las Quintas Resort and Spa in one of IMPACT’s first destination travel features.

The Belvedere Bike Hotel in Riccione, Italy, is just for cyclists. Do we need to say more?

22. Back Country in the USSR — Russia

A sneak peek into Mother Russia before the 2014 Winter Games in Sochi.

Cuba is not the first place you think about for a cycling holiday. Not as exotic as Italy or France, or even places closer to home here in North America. But Cuba is catching on as a cycling destination. Touring on two wheels will reveal Cuba, far away from the controlled environment of the tourist zones.

The IcebugX covers 75K over three days of vast tracts of a stunning landscape known as the Bohuslan archipelago, a spectacular setting of islands, islets and rocky outcrops that make up southwestern Sweden.

As the site of the Ironman World Championships triathlon, Kona could rightfully be described as the ultimate fitness destination. But whether you are an elite athlete or you just love to swim, run or ride, this quaint town on Hawaii’s Big Island will have you coming back for more year after year.

27. The Land That Does Not Melt — Baffin Island

Test your guts and taste your glory in Osoyoos, beautiful wine country at the south end of the Okanagan Valley filled with rolling hills to ride and run.

IMPACT’s Ultimate Fan Jinell Mah Ming won an epic adventure from IMPACT to tour the Inca Trail in Peru with G Adventures. Journey with Jinell to the spectacular ruins of Machu Picchu.

Our last great travel pick is actually dozens of destinations across Ontario, Alberta and B.C. In our regular Go There, Do That feature, IMPACT opened the doors to places such as Kawartha Lakes, Collingwood, and Niagara Falls in Ontario. We visited Jasper, Edmonton, Canmore and Waterton in Alberta and among our visits in B.C. were the Sunshine Coast, Golden, Fernie, Penticton and Tofino. 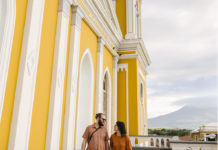