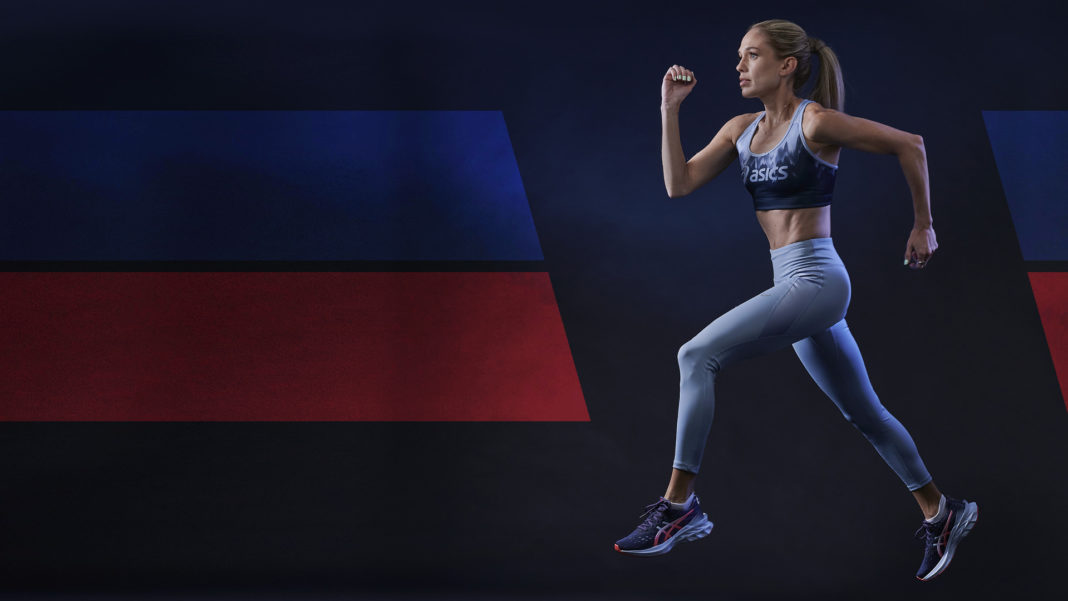 She is strong, competitive, and focused with her sights set on more Canadian records, preferably in her ‘newfound’ distance—the marathon. At 40 Natasha Wodak is in the prime of her running life. Her 13th place finish in the Tokyo Olympic Marathon in 2021— 2:31:41—capped over 18 months of intense training which saw her set a (then) new Canadian Half-Marathon record in Houston in January 2020 (1:09:39) and in December run a 2:26:19 in the Arizona Marathon Project.

At the time IMPACT went to press Wodak had just completed the Boston Marathon finishing in 2:35:08, 19th overall and third in her age division. She is looking ahead to another major marathon in the fall, potentially Berlin. And that is just the beginning, she says.

The former 10,000 metre track champion enjoys marathon training and has taken to it like a duck to water. “I enjoy the challenge and how different it is than training for track,” she says. The Arizona Project was just her second marathon, her first was in Toronto in 2013. She reflects at that time with mixed emotions and admits that, despite a credible 2:35 finish, things didn’t go well.

“After the Olympics I thought maybe I could give it another try but then I had surgery on my foot and then qualified for the World Championships in London in 2017.” The 2018 Commonwealth Games came after that. “It seemed there was never a right time.” Until the Arizona Project came along.

Her former coach, Olympic Bronze Medalist Lynn Kanuka, knew Wodak had it in her to run another marathon. “In the back of her mind she’d always thought she may try another marathon, and that idea began to grow as we thought about what to focus on next. I definitely saw her potential there. There was no doubt in my mind she could run faster but it wasn’t going to be easy. She has a history of injuries, and we knew we needed to be careful about how we progressed with the volume. So, we talked about it, and planned it, and our constant communication about how she was feeling almost daily was really important as we evolved her sessions.”

Everything fell into place, and she had a great race. “I had a great marathon build and a great team. I am addicted now! I like the whole marathon vibe.”

From an early age growing up in Surrey, B.C. Wodak enjoyed running, entering her first road race with her dad at eight-years-old. She realized she was good at it and joined the school cross-country team, although she also enjoyed other sports. Running led her to a scholarship in in the U.S. but after 18 months she transferred to Simon Fraser University in Vancouver. Running a combination of track and road races led her to being picked for the National team in 2011.

It was at the Payton Jordan Cardinal Invitational, in Stanford, California in 2015, where she set the 10,000 metre Canadian record (31:41:59). She enjoyed both track and road. “Running 25 laps around a track is mentally challenging but I enjoyed it and it translates well into road for a 10-kilometre race or a half-marathon.”

After the Arizona Project all sights were on the Olympics with the marathon event being run in Sapporo, Japan. Her Team Canada support team, led by her current coach, Trent Stellingwerff, acclimatized Wodak and her teammates—Malindi Elmore and Dayna Pidhoresky—well. “Fortunately, we had a hot summer here so I would pick the hottest time of day to run and practised with gels and hydration.” She would also run with Elmore who lives in Kelowna. But the key was getting to Japan two weeks before the race and following the race plan.

“I am addicted now!
I like the whole
marathon vibe.”

“I needed to be realistic. If it was 30 degrees, then I knew I would not run a PB. By accepting that and following through with the training plan, I knew I would have a good run. If you go out conservatively and do all the things you are told to do—pour water over you before you get hot, put ice down your chest—then you will have a good run. I probably took water and ice 25 times and I got it done.”

Stellingwerff became Wodak’s coach in the fall of 2021 after four-and-a-half years with Kanuka. After guiding Wodak through many events, including a gold medal in the 2019 Pan Am Games in Peru, Kanuka decided to step away from athletics but is still vested in Wodak joining her on some training runs when she is in B.C. “I’m her “#2 Coach now but #1 in her heart,” she says. “I do feel as if I have two coaches,” says Wodak.

When Kanuka decided to retire they both discussed who would be a suitable candidate to replace her and agreed that Stellingwerff would be perfect. As a sports science specialist with the Canadian Sport Institute Pacific, in Victoria, B.C. he accompanies athletes to World Championships and Olympic Games. They both made it an easy transition.

“I immediately talked to Lynn and Natasha to understand how/where they felt their successes came from, and where there were opportunities. There are still a lot of training elements still in Natasha’s program from Lynn, but I’ve also put my own fingerprint on tweaking training a bit too,” he says.

Wodak had some high-volume training in the run-up to Boston.

How is the training different from her days on the track? “The overall volume and cross-training per week are the same, but we’ve switched to a 10-day cycle, instead of seven days, and have included longer/harder marathon specific workouts for this build. She has adapted and handled it all brilliantly,” adds Stellingwerff.

A typical week for Wodak is twice-daily workouts. “I would do a 90-minute fartlek in the morning and strength training in the afternoon and sometimes an elliptical in the evening, or a double run. There are usually two things going on during the day whether it’s chiro, massage, strength training or running.” She is enjoying the challenge and likes that Stellingwerff is trying new things.

They both know that adequate recovery is important in marathon training. And Wodak doesn’t want a repeat of the injuries she incurred in the past. “I try not to get wrapped up about mileage and having a number at the end of the week. If I am tired then Trent will back off the training but then if I feel good, we will push forward.”

Wodak looks forward to her rest days when she spends time with Oliver and Elliot her two-year-old cats. Calling herself the ‘crazy cat lady,’ for eight years she has volunteered at a cat shelter in Vancouver, VOKRA. “I would have more cats if I could, but my partner isn’t as crazy about them as I am.”

In the meantime, Wodak will continue her phenomenal rise in the world of marathoning. Both of her coaches say that she could continue competing for many years. “Tash is absolutely in her prime right now. At this moment she is the fittest she has ever been and now has experience she can draw on for the marathon—it’s not “new” anymore. She knows what it takes. She loves the training, and she knows how tough she will need to be to push through when it’s necessary,” says Kanuka.

Stellingwerff agrees: “Age limits in sports are continually being redefined with “new” data by the likes of Natasha, and Malindi and others, showing that if you are a smart athlete, and wise with your body, and open to adapting training away from structures and cycles that work with 20-year-olds, you can have a very long and productive career.”

Wodak can’t quite believe that at 40 she is getting faster. “I am going to continue to run until I slow down. Why wouldn’t I?”