An Olympic gold medalist reflects on her past and current Olympic journey with IMPACT Magazine.

On August 18, 2016, Erica Wiebe woke before her alarm and threw up in the toilet. It was the second week of the Rio Olympics and after watching fellow athletes’ performances, it was finally her chance to take to the wrestling mats.

She could barely eat or drink and spent the 15-minute bus ride to the venue listening to Sean Paul on repeat. Hold and believe, oh we already won, we still hold on.

When Wiebe walked into the building, it felt like she’d arrived. “I felt 10 feet tall and I felt completely ready to go and compete,” she says.

“I already felt like a champion and all that was left was to just be present and release everything that I had done to prepare for the last 10 years.”

She made it through her first match, then her second. If she won the semifinal, she’d be guaranteed a medal: gold or silver. When the bell chimed after six full minutes of action, Wiebe looked down at her colour and up at the scoreboard. She’d done it. She had scored three points, her opponent had zero and she was off to the Olympic final at her very first Games.

Her opponent would be tough. Guzel Manyurova of Kazakhstan already had two Olympic medals; a silver and a bronze. She was a legend in the sport, someone Wiebe looked up to. She remembers thinking that Manyurova likely really wanted that gold medal to complete her collection. Not today, she thought.

Wiebe was first to score in a match that started off slow. She would go on to score two more times to win Olympic gold in the 75kg division of women’s freestyle wrestling.

In her youth, Wiebe was a multi-sport athlete. She played team sports through elementary and high school including basketball, soccer and volleyball. In high school, she was introduced to wrestling through a unit in gym class and then sought out the co-ed club after school with her best friend. “We just thought it was a fun opportunity to wear spandex and wrestle with boys.”

She loved the physicality of the sport and the technique involved. It was unlike anything she’d done before. She was hooked.

Her mom saw how much Wiebe loved wrestling and took her to nationals in Nova Scotia. They were there without a coach. Wiebe won. After she graduated high school, she moved to Calgary to go to school and joined the University of Calgary (U of C) Dinos in 2007.

Wiebe had been to the Olympics before, though never as a competing athlete. She was a training partner at the London Games in 2012 and got to experience the sights, the sounds, the energy and the range of emotions that go hand-in-hand with the Olympic experiences.

“I had committed to myself that I would do whatever it took to be there in Rio,” she says.

When Wiebe returns to the Games this summer as the reigning Olympic champion, things are going to look a lot different. But for an athlete who’s become a household Canadian name on the wrestling mat, being adaptable is just part of the game.

Olympic qualification for Canada’s wrestlers looks a little different than for other sports. Ahead of an Olympic year, Wrestling Canada will hold a tournament to decide who would be on the Olympic team. Once they’ve selected that squad, the athletes have to then go out and qualify their IOC quota spot at an international competition. Wiebe, along with Rio teammate Danielle Lappage qualified to be on the Canadian Olympic Wrestling team in December 2019.

They were on their way to Ottawa to compete at the Pan-American Olympic Qualification Tournament on March 11, 2020.

It was the same day the World Health Organization declared COVID-19 a pandemic. The world hit “pause.”

Since all the athletes had already travelled to Ottawa for the competition, organizers opted to push ahead despite the developing coronavirus pandemic. The competition was meant to be a homecoming of sorts for Wiebe, who grew up in Stittsville, Ont., a small community about 30 km west of downtown Ottawa. However, the competition took place without fans.

“It was just surreal,” says Wiebe, who ended up qualifying for her second Olympic team, “and you know, a week later we heard the news that the Games were to be postponed and [it] started this cascade of uncertainties.” The team had planned to take a week off, but when they tried to get back to training, it was anything but routine.

With the Dinos, she had walked into an elite training environment. Today, Wiebe’s is a small but mighty team. When they returned to Alberta after the tournament in Ottawa, they had nowhere to train. U of C had closed and most gyms were closed. In July, they started training outside. The grassy field they practised on felt more like a parking lot in the summer heat. In the fall, they were allowed back into the U of C, but it was short-lived. They’ve since found a home at a private sport facility where the team is able to practise with COVID-19 safety protocols in place.

In the spring, without anywhere to wrestle, Wiebe says they did a lot of indoor cardio by way of bike. She kind of enjoyed it and decided to purchase a set of wheels for herself. Being outdoors in the fresh air and trying a new sport were good for her mental health.

Even when it comes to recovery, Wiebe’s go-to activity is getting to the mountains for a hike. “Being active in the mountains means finding the calmness and strength that is part of that experience,” she says. “Trees are built by their downward hunger for earth and upward yearning for light. These aims teach us many things about what it is to grow strong and tall.”

This past fall, Wiebe added another challenge. She started her MBA at Queen’s University’s Smith School of Business and Cornell University’s SC Johnson Graduate School of Management. She has always prided herself on being a student-athlete, graduating from U of C with a degree in Kinesiology in 2012 and then an honour’s arts degree in 2016. Her post-Tokyo plan was to attend school once again, but when she applied last January, she had intended to defer a year.

When the news dropped that the Olympics would be postponed a year, the program asked her if she’d consider starting right away. She said yes. Wiebe is now about halfway done with the program and has deferred her current course load to after the Games, now scheduled to take place July 23 to August 8.

Heading into Tokyo as the reigning Olympic Champion won’t be too much of a change for Wiebe. She was ranked second in the world ahead of Rio. However, a lot has changed for the sport itself. There’s new weight classes at play in Tokyo and an athlete’s competition won’t be completed in one day; it’s been extended to two. Not to mention that there will be limited fans allowed at the venue and none of them will be from Canada. “I know that my friends and family, like everyone, was so excited to go to Tokyo but obviously they can’t be there in person,” she says.

“I know I’ll be able to feel their support a couple thousand kilometres away.”

Wiebe is thankful for her Olympic gold medal. She’s proud of it. But she’s not defined by it. In Tokyo she won’t be focused on defending her title, rather showing the world she’s the best at what she does. “The gold medal is up for grabs,” she says. “I have been preparing for these last five years to showcase the depth and range of what I’m capable of.” And if that means a gold medal, so be it.

What is Olympic freestyle wrestling?

In Olympic freestyle wrestling, athletes are trying to score points by skillfully pinning their opponent, or putting them at a disadvantage.

How to watch wrestling at the games

Wrestling is a popular sport in Japan. It is set to take place during the second week of the Olympics, from August 1-7. 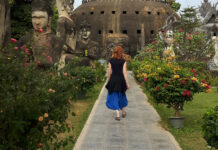