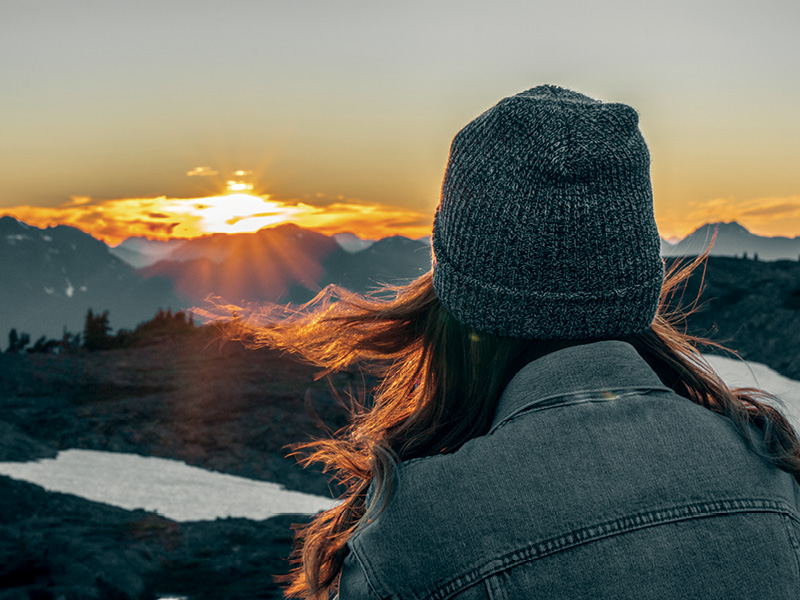 With each step along the Elk River Trail I felt the cool alpine air on my face and heard birds chirping over the sound of the nearby creek. Its melodic white noise allowed me to breathe slowly, even under the weight of hiking with a heavy pack. One step after another, my pace was steady and focused while my effort increased with the elevation.

As the trail from Landslide Lake climbed higher, the trees began to thin and the forest opened. My eyes turned from watching the path to the jagged peaks of Mount Colonel Foster ahead. The natural beauty and serenity of my surroundings washed away the hard work it had taken to get here. I hiked my way steadily further and higher up the rocky landscape with the forest far behind.

The sweat ran down my face. I didn’t know if it was the sun heating the rock below, my nerves, or me. To my left was a 1,000-foot drop to the approach trail and I still had to pull myself over one last tricky spot to gain the summit.

I reached, I pulled and then I stood – just a few steps and I was on top of the mountain. Those last steps came easily as I stood on the summit of Colonel Foster, Vancouver Island’s most magnetic peak.

A few years back, I left my office tower and moved across the country to Vancouver Island where I could reconnect with the outdoors. Each month I spent more and more time outdoors. My gym became the mountain, my treadmill became the forest trail and the trickling creek became my therapist.

Choosing to leave the corporate world and embrace an outdoors lifestyle was important for my mind and my body. Finding a work-life balance seemed as daunting as the mountain I just climbed, but it was worth it. It always is.

We get caught up in our work and our routines so much that we have shifted indoors. Chronic stress and anxiety are lowering productivity, people are becoming more withdrawn, and their ability to engage with others is impacted. In report after report, the connection is shown that less time in nature impairs both your mind and your body.

Psychological and physical wellbeing improve dramatically when you choose to spend more time in activities away from crowds in a natural setting.

The Parks Council of Canada has been working hard to raise awareness and to get more Canadians outdoors. A report they published on Canadians in the outdoors says, “Like animals removed from their natural habitat, Canadians experience adversity when they disconnect from nature because, as a species, humans quite simply cannot thrive in a built environment.”

Our sedentary lifestyle is contributing to an obesity problem that shows one in four Canadians is considered overweight, according to a 2011 study for the Public Health Agency of Canada. Even moderate activity levels in a natural setting allow physical healing to begin. Your immune system strengthens, your blood pressure comes down and you reduce your risk of heart disease.

Through better mental and physical health we become more productive on the job and achieve better results as athletes while improving our relationships with family and friends.

We all pick our own path. Choosing to spend more time outdoors is a path that will never lead you wrong. What mountain will you climb? 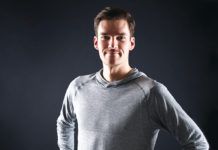 Trevor Hofbauer – One Run At A Time