Home Features Athletes With IMPACT Running for Fitness and Terry 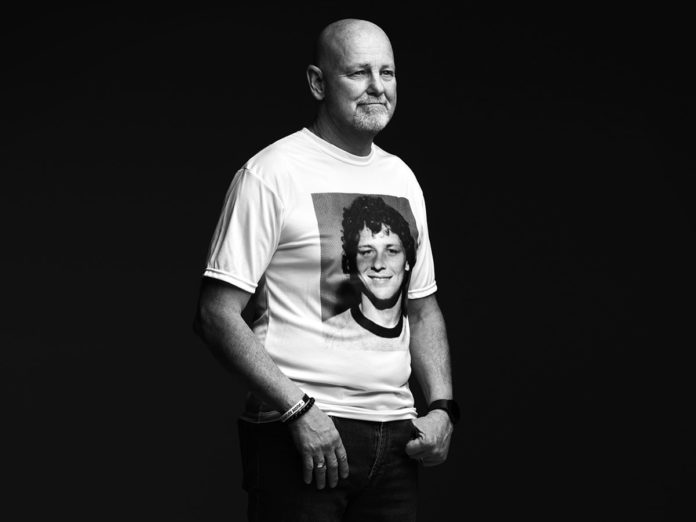 In 1991, 11 years after Terry Fox’s legendary Marathon of Hope—and a decade after the Canadian hero died of cancer at age 22—his older brother, Fred, ran his very first marathon.

Like Terry and their two younger siblings, Fox had been athletic since his youth in the lower mainland of British Columbia, running cross-country and playing basketball, soccer, and baseball. But he hadn’t run the distance his brother, just 14 months younger, was famous for running—the distance his brother ran every day for 143 consecutive days, starting in St. John’s Newfoundland and clocking over 5,300 kilometers with his artificial leg until cancer spread to his lungs, forcing him to give up his cross-Canada odyssey in Thunder Bay.

Fox remembers his first marathon in 1991 well. It was a hot, sunny day in Seattle in July. He finished the race, he recalls, but he suffered through the last five miles.

“The whole time through that marathon, Terry was on my mind,” he says. “You really got a bit of an idea of what he must have been going through every day.”

More than 30 years later, running is still part of the 65-year-old’s fitness routine. You will find him hitting the pavement near his home in Maple Ridge, B.C., 12 months a year, six days a week, usually in the morning around 6 a.m.

“I think you’re the first person I’ve ever said this to,” Fox tells me, “but I think of myself as a bit of a late bloomer when it comes to fitness. As I’ve got older, I think I’ve become stronger in my perseverance and my will to get things done when it comes to running.”

It’s been amazing how people have responded all these years later, how new generations are responding to what Terry did in 1980.

Athletic pursuits feature prominently in his life. He cycles long distances, curls competitively, lawn bowls (the newest addition to his fitness regime), and hikes regularly with his two golden retrievers, Scout and Harper, named in honour of his favourite book, To Kill a Mockingbird.

And of course, he runs.

Running has helped him stay connected to his brother as well as continue Terry’s important work of raising money for cancer research.

The inaugural Terry Fox Run was held in September 1981, three months after Terry’s passing. This year’s will take place on September 18, after a two-year hiatus due to the COVID-19 pandemic. Fred hasn’t missed a run in the event’s 42 years.

Each year, around 650 Terry Fox Runs take place in communities across the country, and more than 10,000 schools host a run, all with the aim of furthering Terry’s goal: to raise money for cancer research and improve the outcome of a cancer diagnosis.

Since its founding, the Terry Fox Foundation has raised more than $850 million through fundraising initiatives like the Terry Fox Run. At a pace of about $25 million every year, Fox estimates they’ll hit the $1 billion mark in five or six years.

“It’s amazing,” says Fox, who serves on the executive leadership of the foundation. “None of it happens without so many people over 42 years, so many volunteers, supporters, and donors. It’s been amazing how people have responded all these years later, how new generations are responding to what Terry did in 1980.”

The funds raised have helped medical researchers make strides in finding a cure for cancer, giving hope to many cancer patients. Significantly, the Terry Fox Foundation brings experts together to collaborate on research through the Marathon of Hope Cancer Centres Network.

“That’s the biggest impact Terry had: bringing some of the best researchers in the world together to make new discoveries to find a cure for cancer,” Fox explains.

Terry has always been known for bringing people together. He rallied a country during his Marathon of Hope; he brings communities together for Terry Fox Runs; and he unites people in the hope that there will be cure for cancer.

His story embodies his core message that “anything is possible if you try.”

It’s that willpower of Terry’s that sticks with Fox through every dollar he helps raise, every step he takes.

“I think the biggest thing that we’ve been able to accomplish over the years is keeping Terry’s message current,” he explains.

“He’s an inspiration every day. When you’re out there for a run, and you’re running up a hill, and you don’t know if you’re going to be able to finish it, Terry’s always on your mind.”

Photography by The Collective You