Home Features Athletes With IMPACT Changing Lives: One Zipper At A Time

Jacqueline Cameron’s love for her late husband is sewn into every piece of her company’s adaptable clothing being worn by people who suffer mobility issues.

When the stress of getting dressed affected Jack Cameron’s motivation to even get out of his pyjamas and Jacqueline’s search for quality, stylish and comfortable adapted clothing proved fruitless, she knew she had to do something to ease the pain, for both their sakes.

Jack Cameron, a noted chiropractor and father of 10, including Olympic champion swimmer Michelle Cameron, was diagnosed with an unrelenting degenerative muscle disease in 1992.

Getting dressed proved to be one of the greatest challenges that emerged, to the point where it was taking Jacqueline up to an hour to help Jack put his clothes on. “I would see this painful look from Jack,” she says “And I thought, ‘no, we can’t do that.’”

Driven by necessity and love, Jacqueline wielded her biggest pair of scissors up the sides of Jack’s pants – while he was wearing them – then sewed zippers into place. It made the pants a breeze to put on and take off. Her success spurred on more alterations and a whole new and far less cumbersome way to help Jack get dressed. The ‘Super Fly’ was born.

Cameron says clever zipper placement on any piece of clothing eases the dressing process dramatically. “I’m very good at visualizing things,” she says. “I pick the best place to put the zipper.” The result makes getting dressed easier, faster and safer for both the caregiver and the patient.

When Jack’s therapists saw the clothes that Jacqueline had created, they urged her to make more to help others. So, at age 75 and 77, Jacqueline and Jack launched their labour of love, with the goal of changing lives – one zipper at a time. They wanted Super Fly clothing to be accessible threefold: to help people get dressed, be affordable and available online.

Michelle Cameron, who helps with her mother’s company, says Super Fly is for anyone with mobility issues. “We have helped people with brain injuries, cerebral palsy, muscular dystrophy, stroke, ALS, amputation and more,” she says.

Super Fly has partnered with retail giant SportChek to source clothing and materials and now offers stylish and comfortable clothes with subtle and effective alterations, each one made when an order is placed through the Super Fly website. It launched on April 26 – one year after Jack’s death in 2016.

Patrick Jarvis, Super Fly board member, executive director at Canada Snowboard and 1992 Paralympian in athletics, extols the virtues of the clothing line for its profound impact on quality of life for both the caregiver and the person with a disability. “It’s a whole other level of dignity for people with limited mobility,” he says.

Getting dressed is a point of pride and self-esteem for those with mobility issues – something that able-bodied individuals take for granted. “If you adapt clothing to Super Fly, you eliminate the handicap from clothing,” Jarvis says.

In the end, Super Fly gave Jack meaning and purpose in the final years of his life. “Something good comes from everything,” says Jacqueline. “And this is the good, forever.” 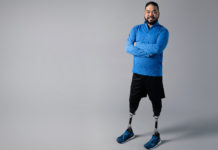 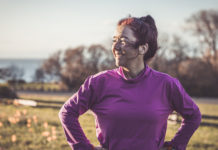