Home Features Athletes With IMPACT Getting Back on Board 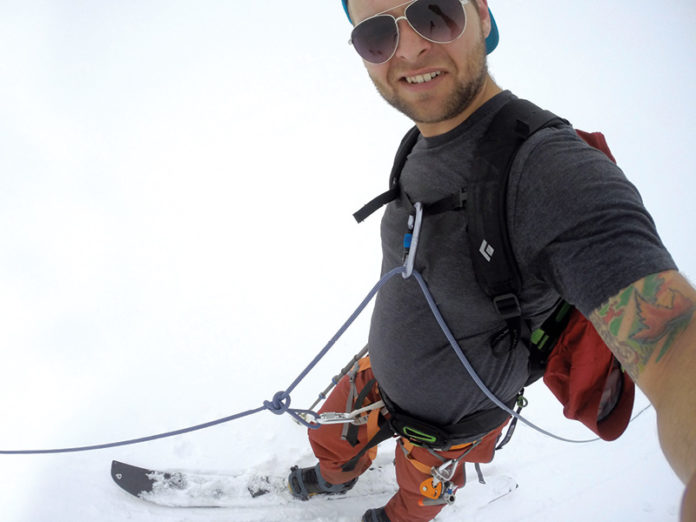 He was in a coma for 12 days, lost a month’s worth of memories and suffered severe head and chest trauma, but Austin Calhoun plans to go snowboarding again on the one-year anniversary of the avalanche that almost killed him.

The accident happened February 25, 2018 in a couloir near Taylor Lake, southeast of Lake Louise, AB. The conditions were near perfect for backcountry snowboarding and the avalanche risk was low. Calhoun was with his friend Trevor Dingman, both experienced in the backcountry.

The avalanche occurred as they were hiking up a steep, 50-degree gorge. Dingman managed to hang on and stay in place, but Calhoun tumbled more than 200 metres down the ridge. As fate would have it, STARS Air Ambulance was already headed their way as another group on a different part of the mountain had suffered an accident around the same time. Dingman managed to divert STARS to them first, due to the severity of Calhoun’s injuries.

Calhoun doesn’t remember anything about the incident, in which he broke his jaw and other facial bones, cracked his skull, lost four teeth and suffered collapsed lungs. He can’t remember anything from the week before the trip to over a month afterwards. The extent of his injuries made for a slow recovery, but he’s happy with the progress on his health.

“I had brain damage so I had to take things slow.”
– Austin Calhoun

“I had brain damage so I had to take things slow,” he says. “I couldn’t run back and do everything I normally did. I had early supported discharge from the hospital, so a therapist would come to my house pretty much every day to do therapies with me.”

Calhoun couldn’t return to his work as a welder and pipe fitter for several months, but when summer rolled around he resumed some of the outdoor activities that he loves – including a trip to the scene of his accident.

“I went hiking, scrambling and camping with my wife and brother-in-law,” he says. “We actually hiked out to that couloir this summer just to see it. I literally don’t remember any of it. It’s a beautiful hike, but I didn’t remember a thing.”

The longest part of Calhoun’s recovery was replacing his teeth. After the accident, a friend started a GoFundMe account on Calhoun’s behalf to help pay for replacements. It took several months of treatment to reconstruct the missing teeth.

Calhoun credits being young and physically fit with how he was able to survive. He says he’ll be more cautious in the future and is considering taking wilderness first-aid training before he returns to the mountains.

“I’m not allowed to snowboard until February 25, 2019. I have to wait one year,” he says. “I’m already planning on taking that day off work to go. I’m going to go out in the backcountry, but I’m not going to do that same route again. It will probably take me a couple years before I get up the nerve to do that couloir again,” he says. “It’s great to snowboard, but even a tiny avalanche could kill you. I tell others to be very, very cautious – it’s been a tough recovery.”