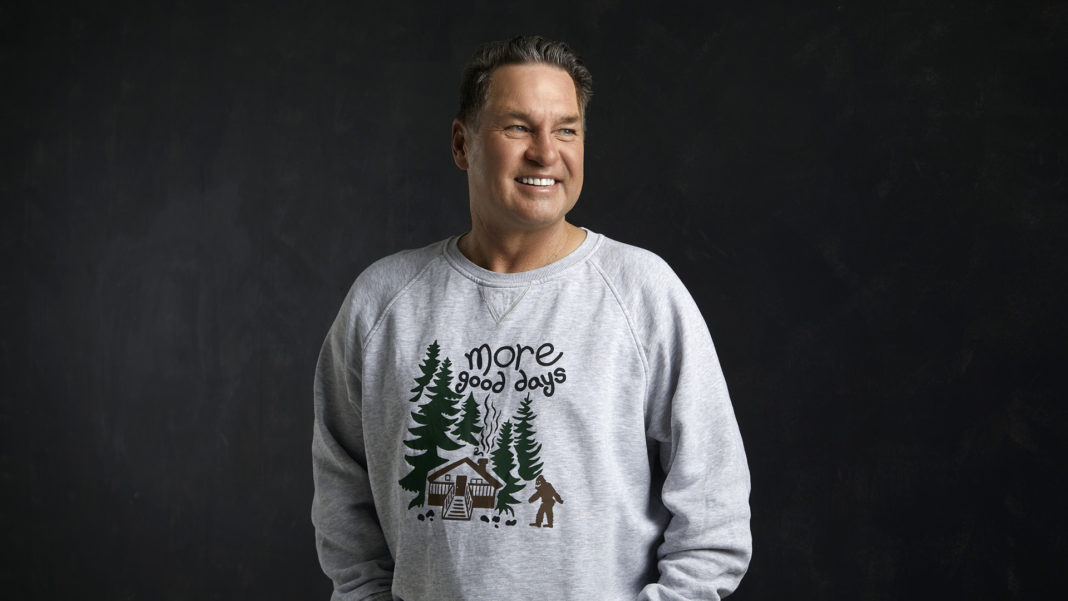 When Kelly Hrudey retired after 17 years in the NHL, he stayed front and centre in the limelight, becoming a fixture on CBC’s Hockey Night in Canada intermission panels, and working as a TV colour analyst.

His profile and high visibility have given him a platform more powerful than hockey, and as a champion for Anxiety Canada he is an outspoken advocate for mental health.

The conversation led to a groundswell of support on social media and, perhaps most importantly, revived an ongoing discussion about mental health in the Twitter hockey universe and beyond. Many people continue to be moved and motivated by Hrudey’s honesty on the subject.

Quite simply put: when a former professional athlete with his stature talks, people listen. It shines a bright light on a subject that is still often taboo, even today.

“I know it does have an impact because I know when I go on the radio, or I put something on social media, I get direct interaction with people and they share their stories with me,” says Hrudey.

“We’re all in this together and I feel the love and connection with people and so I think it’s very important we continue this conversation just so everybody knows they don’t have to deal with this by themselves. We can share our strength together.”

Hrudey’s advocacy started back in 2005 when his daughter Kaitlin was diagnosed with anxiety and obsessive compulsive disorder.

Since then, through being educated more on the subject himself, he’s faced his own personal battles, and came to terms with past issues he didn’t recognize at the time.

“It doesn’t matter what your job title says, it can affect anybody and everyone, and at different times in your life.“

“Nobody is immune from it,” he says. “It doesn’t matter what your job title says, it can affect anybody and everyone, and at different times in your life.”
Hrudey said his first bout with mental health issues came back in 1992 heading into the NHL season, but at the time he didn’t know what he was going through. Now, in hindsight, he can recognize all the signs for what it was.

“And then it started again in the summer of 2019. Kind of unexpectedly and my thoughts, again, started off concerning but probably rational if you really look at them, and they went from concerning and rational to irrational to making my life really, really difficult for a long time until I decided to take the step to get the help I needed.”

His courage to openly chronicle his journey resonates with people, making many feel like they are not alone in their own personal mental health struggles.

“What’s really encouraging for me and so exciting, is that five or ten years ago we wouldn’t have had these conversations and all of us are talking about it now, at least a lot of us, and I’m just excited what the next five years might bring and the conversations we might have,” he says.

He is hoping in the future we can open up and aren’t afraid of really asking how friends are, rather than saying ‘Hey, how are you?’ but not really meaning it.

“Eyes don’t lie, and I’ve always said that if you look somebody in the eye you can tell if they are OK or not OK. So, when you ask the question,’ Hey, how are you?’ and they look at you with those eyes that are troubling and you go, ‘No honestly, how are you doing. Are you OK? Do you need to chat? What’s up?’ That’s kind of the world I see us living in in five or ten years.”

While not everyone is comfortable opening up to friends or family, Hrudey has one important piece of advice he’d like to give everyone:

“You don’t have to share your story if you’re not able to,” he says. “The only thing I would encourage you to do is get the help that you need. You can’t do it alone and it’s way too painful to do it by yourself.”

Read This Story in Our 2022 Inspiration Digital Edition
Read about Canada’s Top Fitness Trainers 2022. Need new ideas for your next workout. Test your fitness levels and see how you measure up. World-renowned breath expert, Richie Bostock shows us how to breathe correctly, 7 yoga poses for a better sleep, recipes and much more!