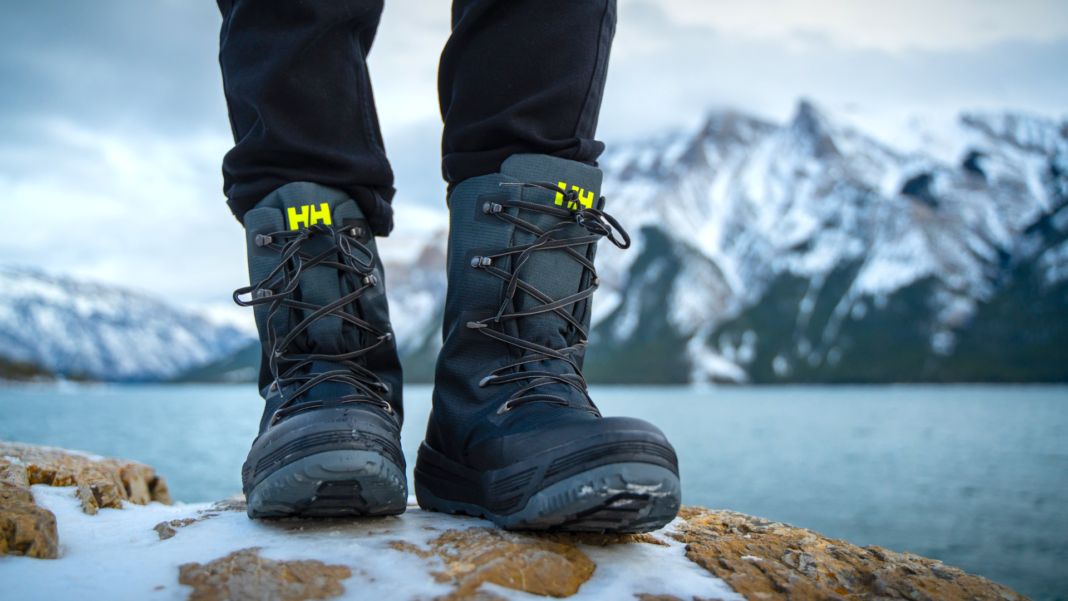 IMPACT Magazine was ON-LOCATION in beautiful Banff, Alberta, with Mark’s testing out Mark’s IceFX boots, their new collection designed to create a safer way to walk on ice, with leading-edge technology for advanced traction through any winter terrain. What better place to test these boots than in the Rocky Mountains!

When winter hits, snow and ice coat everything, so only the very brave and well-balanced keep moving outdoors. There’s little enjoyment knowing that at any moment your foot could skid the wrong patch of ice, sending your body into a slow-motion crash onto the frozen ground beneath.

Creating a boot that makes walking on snow and ice safer for Canadians is an idea that had been brewing in the team of experts and innovators at Mark’s for years, always eager to improve upon past designs. The challenge was finding the right materials to use.

While on a business trip, Mark’s Vice President of Innovation, Iain Summers, discovered the Green Diamond material – a durable, abrasive quartz and bonding technology that was invented in Iceland to be infused into tires to give them more traction. If they can be used in tires, Summers thought, why not boots?

And Summers was right. Green Diamond would prove to be the perfect material for winter boots.

IceFX® boots have an innovative tread design developed in-house by Mark’s experts and supported by the KITE Research Institute. The team married two different technologies to create a versatile winter boot: Green Diamond Grip (the abrasive synthetic quartz embedded into the rubber of the boot) for effective grip on all ice, and Icelandic Grip®, another abrasive, fibre-like material that is less aggressive than the Green Diamond, designed to add extra grip on wet ice.

With the right technology, the boots were brought to the WinterLab at the KITE Research Institute, a globally recognized research facility and part of the University Health Network in Toronto, for testing.

The WinterLab mimics the harshest Canadian winter conditions. Think sub-zero temperatures, winds greater than 70 km per hour and almost any degree of icy slope and incline.

In coordination with Mark’s, KITE researchers developed a rating program to measure just how well the anti-slip technology of a boot works. The Rate My Treads program allows consumers to know exactly how well a winter boot could handle wet ice, giving them the knowledge to make a more informed purchase.

The boots receive a “snowflake rating” depending on how steep an angle they can handle in the WinterLab. If the footwear can make it up and down a slope between seven and ten degrees, it received one snowflake. If it can ascend and descend a slope between 11 and 14 degrees, two snowflakes, and at 15 degrees or higher it gets a three-snowflake rating.

The technology and innovation behind the IceFX® boots are impressive, to say the least. But we wanted to know just how well these boots held up outside in real winter conditions. To put them to the test, we took two of Mark’s IceFX® boots, the WindRiver Ice Queen and the Helly Hansen Bivy II, both with a one-snowflake rating, to one of the quintessential winter locations in Canada – Banff.

Our experience with these boots was incredible right out the gate. Wearing the WindRiver Ice Queen IceFX® boots, we stepped from the car onto a sheet of ice. However, it was hard to tell it was ice by the way the boot gripped the surface.

Now, unlike shoe spikes that aggressively dig into the ice, the treads on the IceFX® boots don’t feel aggressive, yet they still get the job done. The great thing about this technology is that, unlike those slip-on shoe spikes, the Green Diamond Grip and Icelandic Grip can transition from snow and ice to concrete and tile seamlessly.

The boot supports you when on slippery surfaces but feels like a normal shoe when walking on pavement. This is great news for shoppers who are tired of slipping in parking lots or anyone who wears their spikes to run errands only to have to fumble to remove them before entering a store. And we can tell you that our front deck is a big fan of the IceFX® boots because we are no longer poking small, patterned holes into the wood.

We were easily convinced that the WindRiver Ice Queen IceFX® boots were a fabulous tool for city living. But switching gears, we swapped our boots for the Helly Hansen Bivy II IceFX® to try out on a hike.

We left from Quarry Lake and made our way into the trees, the ground already firmly packed down. We know from experience that these conditions are slippery at best and impossible at worst. However, the Bivy II carried us through the trail as if we were on a casual mid-week stroll, hardly aware of the slippery ground below.

We left Banff confident and impressed with the IceFX® boots, and they are now our go-to for tackling the slippery world of winter.

The IceFX® treads can be found on a variety of different boots for men, women, youth and even dogs! From workers to winter warriors, there is a boot that will support every Canadian.

It’s true what they say – IceFX® is a safer way to walk on ice.

At Mark’s they stand by all things simple in all that they do. So whether you’re gearing up for your job or easing into your downtime, they’re here to make shopping for everything from hoodies to hard hats the easiest thing on your to-do list. Visit one of Mark’s 380+ stores or shop online today to see their full offering of casual clothing, footwear, workwear, scrubs and accessories. Mark’s/L’Équipeur is a member of the Canadian Tire Group of Companies. For more information, please visit https://corp.canadiantire.ca/ 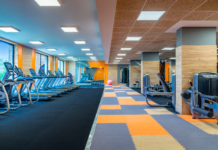 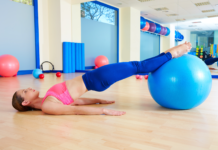 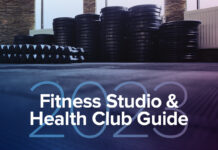