In what was once considered an intimidating place, millennials, especially women, are coming out in droves to roll with the punches at local boxing gyms. Once reserved primarily for men training for an upcoming fight, today boxing-specific gyms are a way of life for an increasing number of both men and women.

Boxing provides perhaps the most efficient full-body workout and is the perfect tonic for needed exercise when pressed for time with today’s hectic schedules. If you give boxing a try you’ll notice many benefits including improved cardiovascular strength, decreased stress and better eye-hand coordination. In addition, it uses all the muscle groups.

Vancouver boxing coach Yo Kotsubo of Contenders Training Studio says she often hears women say they have always wanted to try boxing but were intimidated.

“Now a lot of gyms including ours offer classes where the participants are not expected to become fighters, but they train like fighters,” said Kotsubo,  “and they get in top shape like fighters. If you want to learn boxing and compete down the road, that’s great, but if you don’t, that’s fine too.”

In Calgary, professional boxer Ted Reno of the 10th Street Boxing Gym points out that boxing provides a lot of fitness advantages.

“There are the ones that are easy to see such as stamina and speed, but also the less sexy ones we take for granted like balance, coordination and flexibility,” says Reno. “It also burns a ton of calories which is the reason most people work out! Running on a treadmill can be effective too but smash a heavy bag for 20 minutes and see how you feel after.”

Former Canadian Heavyweight boxing champion Tony Morrison knows a thing or two about the sport and has been training at legendary Sully’s Boxing Gym in Toronto for over 26 years.

“It’s easier to lift weights and go home,” said Morrison. “A lot of guys come in here and they have no conditioning. They look big and strong, but they will never last in the ring. With a boxing workout you get conditioning.”

“All exercises release endorphins,” Reno points out, “and we’ve learned that the more intense the activity, the more endorphins are released. Boxing and CrossFit training are both at the forefront of high intensity interval training but boxing adds the benefits of confidence-building and self-defence.”

Coach Vinny Cappuccitti, of the West End Athletic Club in Toronto and a fighter for over 25 years, says boxing is a metaphor for life.

“You hear a lot of sayings like ‘roll with the punches,’ and ‘if you get knocked down, get back up,’ Cappuccitti points out. “A lot of phrases about overcoming adversity are related to boxing. I find the older I get, the more relatable these things are. You learn things in the ring that you can use in life.”

British journalist Pierce Egan first described the sport of boxing as ‘the sweet science’ in 1813. Now over 200 years later, boxing is reinventing itself and flourishing around the world as an accessible avenue to fitness. 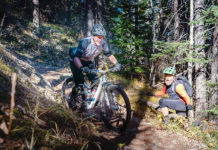 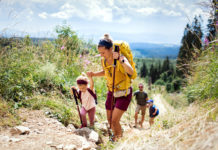 Kids on the Trail 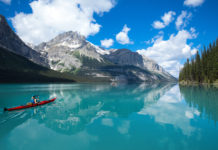 Get on the Water this Summer