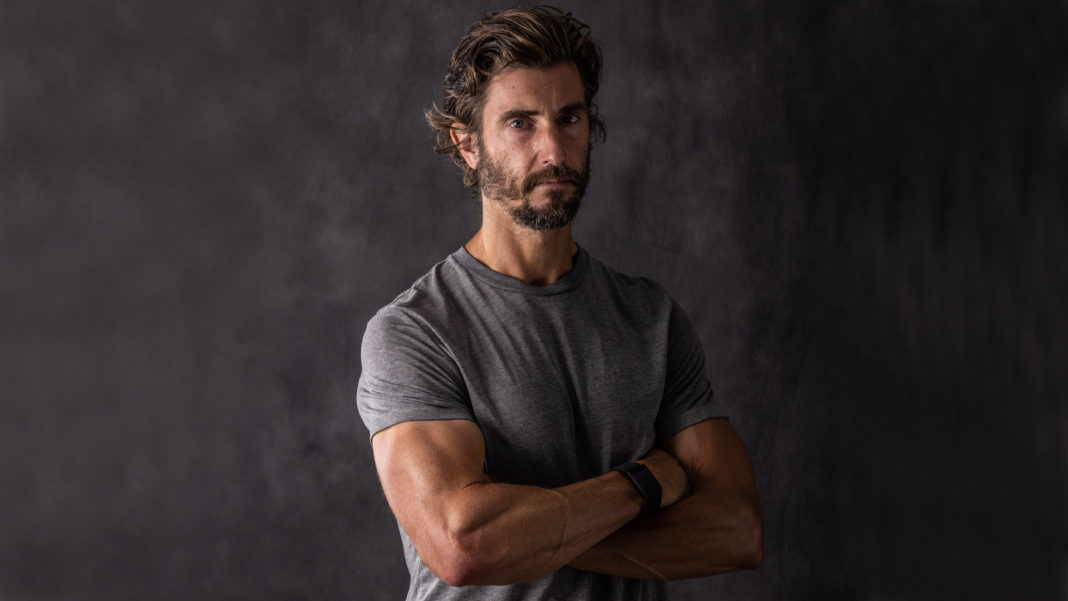 Brendan Brazier always knew what he wanted in life. At home in North Vancouver, B.C. at age 15 he took up running so he could become a better hockey player. When he discovered he loved running he knew he wanted to run professionally and make a success of it. To do that he needed an edge. He started experimenting with his nutrition, realizing that a speedy recovery from a workout or race was the key ingredient in his training.

“I was looking for that advantage and became obsessed with my body to renew and regenerate myself as quickly as possible,” he recalls. “I tried different ways of eating; then I tried plant-based food, but I was always hungry.”

Over the years he kept experimenting, making many mistakes along the way, often relying on too many carbohydrates and not enough nutrients. Then he did some research on different plants, which back in the 1990s was a challenge as there wasn’t a lot of information available. But he did realize he was missing three essential nutrients—omega, calcium and iron.

“I started to make blender drinks. It was efficient and easy to digest and would fill me for hours.” He continued to experiment adding hemp, flax, pea and rice protein but he was constantly feeling tired with low energy. Then through a chance encounter with a Vancouver businessman, Charles Chang in 2003, he discovered maca, a root vegetable that has properties to aid adrenal fatigue. He immediately noticed a difference.

Brazier and Chang collaborated on the ingredients, producing a plant-based drink powder and in 2004, Vega the multi-million-dollar company was founded. “Vega was marketed to busy people who wanted to feel good, and not necessarily to vegans,” Brazier said. The product was an instant success and when they sold the company in 2015 it was bought for $500 million U.S.

Brazier, 47, was a track runner in school and loved running the trails near his home in North Van’s Lynn Valley. Seeing more opportunities to race professionally, he became a triathlete, which he did for seven years, making enough to live on but not reaching the top tier. But he is fine with that. “I was never competitive, I competed because I enjoyed it and wasn’t there to win.” He entered his first Ironman in 1998 in Penticton and regularly competed there until 2004. His love of trail running saw him take two Canadian 50-kilometre Ultramarathon titles—in Victoria, B.C. in 2003 and in Toronto, ON in 2006.

During that time he helped some of his NHL and NFL athlete friends with their nutrition, not intending to make a career out of it but just to help them perform better. “It was very casual. I would help them with tips if they asked.”

During his sports career he would spend hours writing his recipes; he accumulated over 1,000 he says. “I would go back to them and see what I ate for a particular race and if it worked I would use it again.” His diet switched from pasta and refined carbs to buckwheat, amaranth, quinoa and sprouts all containing essential enzymes and probiotics.

If your digestion is as efficient as possible and you are taking in nutrition without expending energy, then you can spend that energy working on recovery and regeneration.

“Food takes a lot of energy to digest. If your digestion is as efficient as possible and you are taking in nutrition without expending energy, then you can spend that energy working on recovery and regeneration.”

His recipes were the basis of his first book The Thrive Diet: the whole foods way to losing weight, reducing stress, and staying healthy for life, published in 2007. Containing over 100 recipes of plant-based food options, the book also features exercise-specific recipes for pre-workout snacks, energy gels, sports drinks and recovery foods. “I would get asked about being a vegan and so this book stemmed from that.”

Many books followed including Thrive Fitness: The Program for Peak Mental & Physical Strength and Thrive Foods: 200 Plant-Based Recipes for Peak Health. He also was editor-in-chief for Alive magazine and his own publication: Thrive.

Brazier moved to Venice, CA in 2008 and has immersed himself in the community and culture, investing in numerous enterprises. “I like to invest in companies that are making a difference,” he says.

One such company is Pulp Culture, a collaboration with fellow Canadian Mark McTavish. Inspired by fermented apple juice found in the Basque region of Spain, Brazier and McTavish have developed a light alcohol beverage from fresh juice that naturally ferments over three months. Going through a “wild fermentation,” the drink has no sugar or additives but has probiotics and B vitamins, and is just 100 calories.

Brazier has kept his Canadian connections and still works with Chang as an investor and advisor for Lyra, a brand marketing company in Vancouver. He also supports innovative plant-based products such as LOCA, a cheese source made from potatoes; Super Mush, a mushroom mouth spray; RISE, a Kombucha made in Montreal, and Thrive Market, an on-line market for organic goods.

He has also dabbled in film production on the ground-breaking movie The Game Changers, which put the spotlight on several elite vegan athletes and their reasons to adopt a plant-based diet. He was an executive producer with a number of celebrities including James Cameron, Lewis Hamilton and Novak Djokovic.
Brazier’s passion though is in food and the environment and ensuring nutrient dense ingredients are available to everyone. Enter Fiction, his new company under development—it will be launched next year—which brands itself as a ‘solutions company expressed through food.’

Summing up Fiction’s philosophy, Brazier says, “It’s about the nutrient to resource ratio, looking at land, water, and the amount of fossil fuels that we use in relation to the vitamins and minerals, antioxidants and protein that’s produced. It’s about spending the least amount of natural resource and getting the most nutrition back. It’s finding the efficiencies in the food system which help solve environmental and health issues, making sure people get enough nutrition as there are so many foods out there that don’t provide that.”

When launched, his Fiction products will include ingredients such as beta gluten from euglena (protozoa) to boost the immune system, DHA omega from algae to maintain brain health, plant sterols to reduce LDL (bad) cholesterol, and MCT oil, from euglena, to improve fat metabolism. These combined, he says will boost the ability to perform, mentally and physically.

Brazier has been a vegan for over 30 years and has his favourite foods. Sprouted bread, avocado sandwiches, arugula, greens, lentil pasta, tofu and tempeh are included in his plan. Does he see himself as a pioneer? “There were others like me, Dave Scott, the triathlete, was vegetarian so I wasn’t the only one,” he says modestly.

Although not competing any more he runs regularly and mountain bikes. He isn’t interested in races, preferring to skip the crowds and spend hours on his own. “I love the pureness of running.” Every November he goes to New York, not to run the official marathon course, but run 42.2 kilometres just to challenge himself.

He works out regularly at his local Gold’s Gym, which he calls a ‘classic gym.’ (Venice Beach was the first location for Gold’s in 1965 and made famous by celebrities like Arnold Schwarzenegger). “If I don’t lift weights I get too light, so I have to ensure I build muscle.” But he doesn’t have to worry about his weight and eats when he is hungry. He does have one craving though. “There’s nothing like a bag of potato chips after a long, hot run.”

Does he have any advice to anyone considering taking up a plant-based diet? “Start gradually and introduce new things into your diet. You don’t have to cut out meat and dairy right away. For me it started with those blender drinks, and I didn’t feel like eating as they were satisfying. Your palate will change—that’s what I noticed—and if you go back to have any dairy or meat you will find they don’t appeal because your taste senses have changed.”

Brazier feels that meat consumption in North America will decline over the years as people experiment with plant-based options. “Fake meat has its place if done well as people are transitioning.” He gives an example of a company out of Colorado making ‘steak’ from mushroom roots. “It’s companies like this that are creating great culinary experiences. They aren’t trying to be meat, they are trying a different way of making a nutritious, protein product.”

Brazier may not think of himself as a pioneer, but he was a trail blazer in his time. While in his early years he focussed on how he could become stronger and more efficient, he is now putting his energy and passion into helping others to become socially responsible about food efficiency and production.