Brady Leman’s path to the top of the ski cross world has been anything but smooth, however despite the bumpy road he has remained persistent in the face of adversity and consistent in his goal to improve.

A series of serious injuries before and after the Winter Olympics in 2010 kept him on the sidelines but Leman, who won the coveted X-Games in 2016, has emerged in the past few seasons stronger and better in a sport fraught with uncertainty.

This season the former alpine skier is on the hunt for his first overall World Cup title. “An overall globe is very tough to win in ski cross,” says Leman. “You have to find a way to be consistent in a sport where there are a ton of outside factors, like other competitors that can influence your performance. Staying focused on what it takes for me to win and what I have to do is key.” Leman, 30, is right on track, with two World Cup silver medals so far this season he sits in second place overall. But the bigger prize looms further in the distance, where Leman will get another chance to bring home an Olympic medal for Canada – his ultimate dream.

Leman has just 13 months to get it right for the 2018 Winter Olympics in South Korea. After a fourth-place finish at the 2014 Games, Leman is building a solid base for his chance at gold.

“I want all my results on World Cup over the next few years to build into the Olympics and give me a chance to be competitive on that day,” he says. “I think that a solid competition plan that is proven on World Cup and then sticking to that game plan on the bigger stage will be huge.”

EFW Radiology is proud to be a supporting medical partner to:

Writer Kristina Groves is a two-time Olympian and four-time medallist who holds three silver and one bronze medal in speed skating. 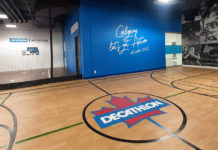 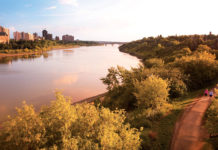 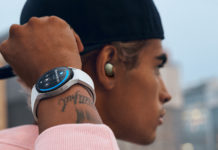