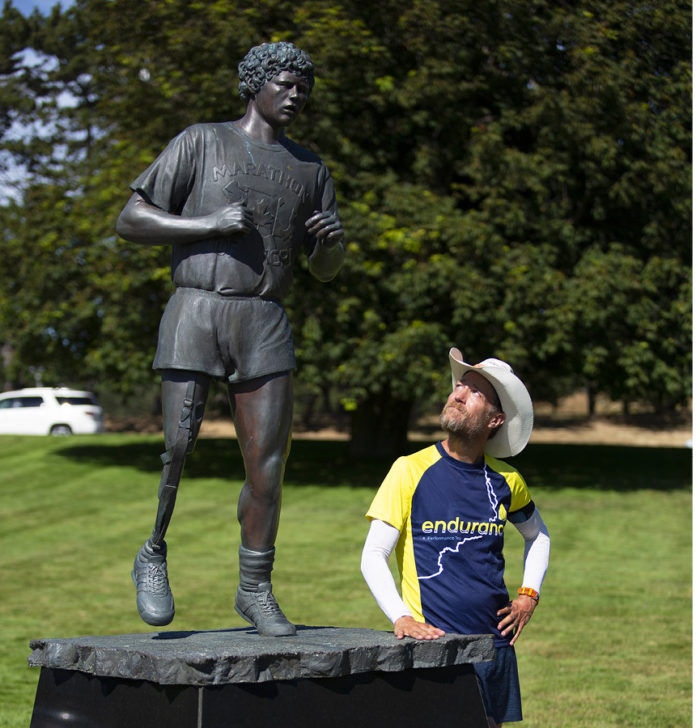 It was an emotional moment for ultrarunner Dave Proctor as he ran over to his hero Terry Fox and kissed the feet of the bronze statue at Victoria, B.C.’s Mile 0. A journey that startedon May 15 in St John’s Newfoundland, ending 7,159 kilometres later on July 21 on Vancouver Island was an achievement in itself, but he also completed it in 67 days, 10 hours and 27 minutes, five days faster than Al Howie’s TransCanada run in 1991.

It was Proctor’s third attempt. In 2018 he embarked from Victoria but succumbed to a back injury in Manitoba. As reported in IMPACT’s 2020 Running Issue—where Proctor was a featured Athlete with IMPACT—he then planned to run in May that year until the pandemic curtailed that effort. Not to be defeated, his third attempt brought its challenges, including a tough 20 days running through Ontario, but his resilience and belief in himself got him through.

Standing in front of family and friends at Mile 0 he reflected on his heroes. In addition to the Terry Fox statue there is a plaque commemorating Howie’s achievement. “I feel honoured to stand here with Terry and Al. Terry taught us what grit and determination is and we can all learn some great lessons from him. Both he and Al proved what human beings are capable of doing.”

Proctor, 41, lost 16 pounds, went through 12 pairs of shoes, and climbed 47,584 metres – the equivalent of five Mt. Everests. He averaged 107 kilometres a day. Taking in the required calories was relatively easy, he said. “I found a perfect way to take in calories. I ate my way from bakery to bakery! I would have lost more weight if it hadn’t been for the cinnamon buns and scones.”
Along the journey he met some incredible people: “We are a very regional country, and I met some kind and passionate individuals. The people were the best part of the journey.” Then there was the support of his parents, kids, and girlfriend: “They all lifted me along the way.”

Proctor has held many ultrarunning records. He is a two-time Canadian Champion and has won some of North America’s best endurance races including the Calgary Marathon, Sinister 7 and the Blackfoot 100. He also holds Canadian long-distance records and is a world record holder for running on a treadmill. But it was Howie’s record that he wanted to break. He said he could do it in 67 days and he kept true to his word.

When asked what his future plans are, he laughingly said he would think about it, but was happy to “sign off on this one and move on to the next thing.”

“I can finally say I did something hard, and I was brave enough to take it on.” 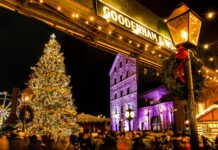 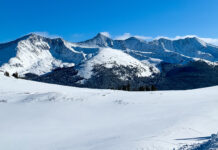