My husband Sebastian and I went to Las Vegas to hike, staying a half hour off the strip to avoid the chaos. A few days into our trip, we returned to our hotel late and found the resort had changed.

As we approached the entrance our car was stopped, long mirrors passed beneath it by police, and flashlights were shone in our faces and into all crevices of the car. I asked what was going on and they said they weren’t at liberty to discuss. We continued along the driveway past lines of armed guards, dogs and police.

My husband stopped the car at my urgent request, I rolled down the window frantically and said, “We have a right to know what’s going on inside. I left three kids in Calgary and I’m not going in there if there’s anything that could jeopardize our lives.”

A beefy guard laughed and said, “My dear, you’ve never been safer in your life.”

Intrigue set in. “Maybe Britney booked in for a girls’ night!” hoped Sebastian. Inside, the hotel was swarming with police and sniffing dogs. Metal detectors and bag checks had been set up. Eventually we figured out who all the fuss was about — Barack Obama.

We went to bed feeling giddy despite being told that any sighting almost certainly would not be happening.

I woke up at 7 a.m. to go to the gym, thinking there’s no chance I’d meet the President if I stay in bed. I was frisked by secret service getting into the elevator, body and property searched again getting out, before an armed guard opened the gym door for me… and there, on the cross-trainer, he was.

“Well,” I thought, “I guess it’s a cardio day.” Up I hopped onto the cross trainer next to President Obama. After a few moments, I leaned over and asked, “Are you the kind of guy who needs quiet when he works out, or does a little chat help the time fly?”

And thus began a 30-minute conversation with the big guy.

The entire time, it was just the POTUS and me, and about 10 secret service agents, either on guard, or off duty and working out. Not a big follower of news, as I am deeply entrenched in Backyardigans, Bobs and LoLo, and Dr. Seuss, I didn’t want to sound uneducated, so I stuck to topics based around fitness, family, kids, travelling without kids and longevity in marriage.

The topic did come up that I was there on my “20 year dating anniversary.” At the end of his workout, when I asked if I might trouble him for a photo to remember this training session, President Obama said, “I don’t normally do that, but for your anniversary I might have to make an exception.”

So in he stooped, I stretched my arms out, and… he’s a tall man and I’m a 5-footer and not great at selfies.

Mr. President, can we ask one of your guys to take this?”

“Mr. President, can we ask one of your guys to take this?” I asked.

“Oh no, Emily, they aren’t allowed to do that,” he replied with a laugh.

“Would you mind then? Your arms are longer.”

And so lives the proof.

As he left, he leaned in close and asked that I not share my photo on social media. My Facebook status that day read, “Today I worked out with the President of the United States. We took a sweatie selfie, but I promised not to share.”

I feel like keeping a promise to the most powerful man on the planet is not only the right thing to do, but kind of smart, too. 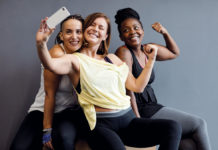 Stop Trying to be Perfect 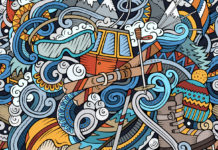 Finding The ‘Win’ In Winter 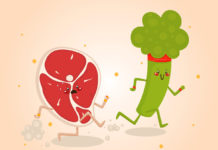