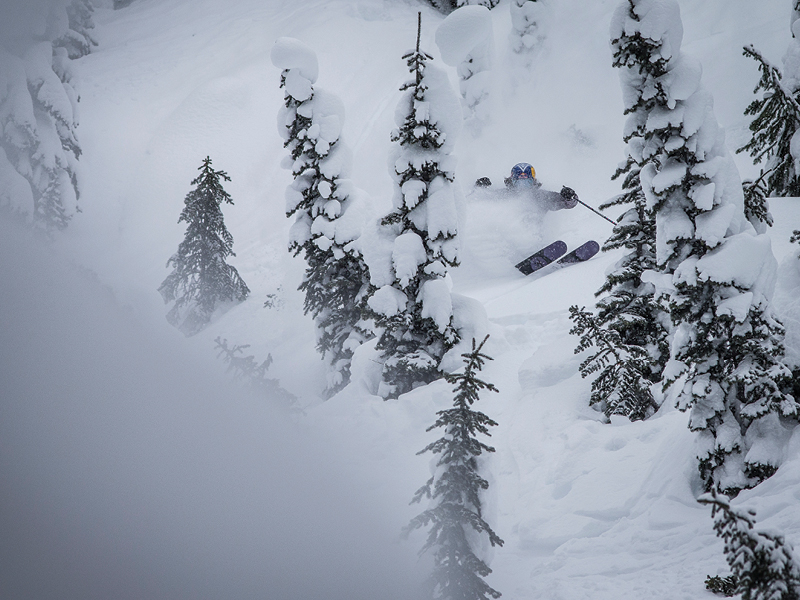 Tatum Monod is Canada’s quintessential athlete/artist with a canvas as big as nature. Monod, 26, is one of the world’s foremost big mountain skiers, making her living carving designs in virgin powder paradises for the pleasure of extreme ski film fans.

“I ski raced for five or six years, then went into big mountain and did the free-ride tour, but to me, that’s not what skiing’s about,” she says. “It’s not about being Number 1, it’s about being in the natural element, being playful. It’s a more creative side of skiing that is all art. It’s the opposite of competing.”

Monod skis extreme terrain reachable by helicopter, snowmobile or long backcountry hikes. Film crews follow her skiing around trees, plunging down steep mountain faces and jumping off cliffs. At once, her art is magical and her sport is terrifying. On a run in Whistler last season, a seemingly innocent snowpack sloughed off the hillface behind and buried her in a mini avalanche. She managed to reach one arm out from the snow while her boyfriend, skier Wiley Miller, raced to the scene to dig her free. Almost three suffocating minutes seemed like an eternity.

“I knew they were going to be there, but the snow set in and hardened like concrete. I couldn’t even move my pinky. I could not breathe,” she says. “It was such a perfect example of what little snow it takes to fully bury you.” The scene is captured on film. 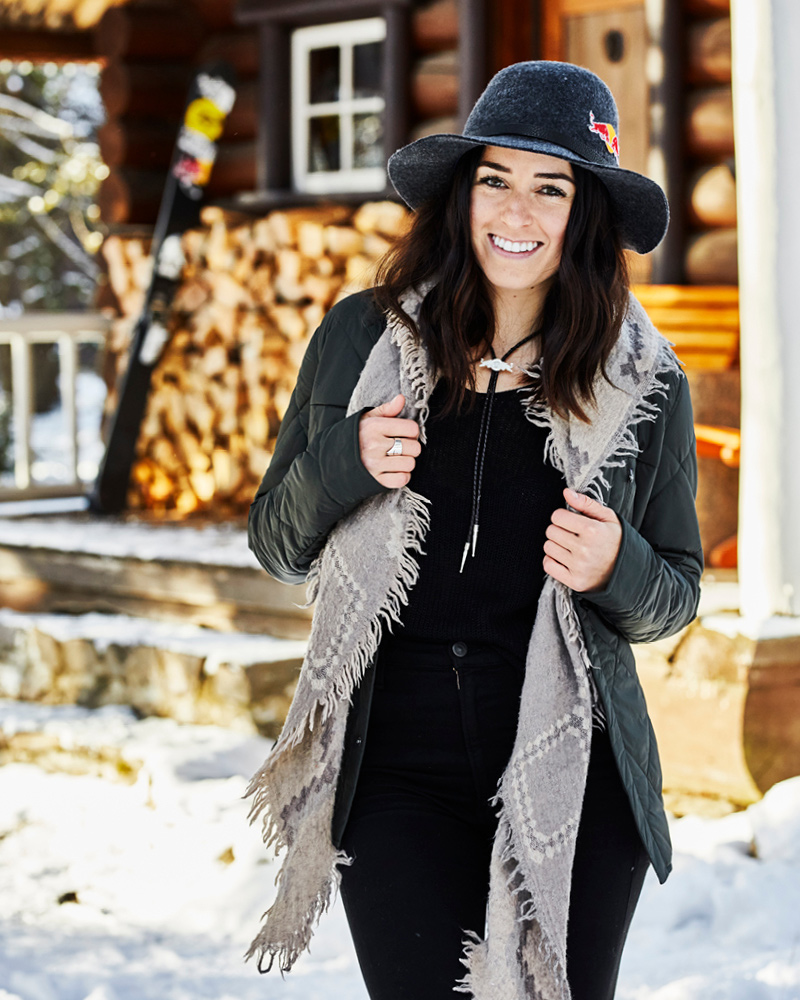 One of a handful of women in a field dominated by male skiers, Monod doesn’t just ski the terrain, she turns daredevil double backflips and big-air rotation jumps wherever geography dictates.

“It’s been my goal the last two to three years to try to do something different with sport — to incorporate more playfulness into big mountain skiing — looking at smaller lines and incorporating a backflip or doing a 360,” she says. “There are not a lot of females doing that.”

Born into a ski family in Banff, Alta., Monod lives her passion for winter. Her grandfather was a Swiss mountain guide who plied his trade in Chamonix in the French Alps before planting roots in Banff, where he founded the town’s famous outdoor store, Monod’s, in 1949. Her father, Peter, was a national champion alpine racer and their family still runs the retail shop on Banff Ave.

Tatum recently relocated to Pemberton, B.C. where backcountry adventures are right at her back door.

“When you start to feel that cold air in fall, this excitement kind of boils up for winter,” she says. “I love being in the winter elements. It’s where I’m most comfortable, getting bundled up and skiing in a storm. Those are my favourite days. It can be a little gnarly, but it’s such an adventure.”

Monod spends most summersfly-fishing with her dad and horseback riding, reflective activities that allow her to prepare for winter’s intensity. But this year, she’s coming off several months of rehab after a devastating knee injury. During filming last May in Haines, Alaska, Monod skied off a cliff and into a world of trouble in an early morning warm-up run on a steep, hard glacier.

“You’ve got to be 100 per cent on for every run and I wasn’t,” she says. “I thought I studied the line well, but I had a super bad feeling in my stomach at the top of the line. I knew something was going to go wrong and I should have listened to my intuition. I did about 10 or 15 really good turns in super deep snow in perfect conditions into this cliff air… and as soon as I saw my landing, I was,  like, ‘Oh no, I’m screwed.’”

Landing on a steep ice sheet blown bare by the wind, Monod wrecked her right knee, tearing ligaments, damaging her meniscus and femur. She could not move an inch after tumbling to a stop. Ski guides had to approach her from above, amid avalanche risks, before slowly nudging her down to more level terrain where a helicopter could take her to hospital.

“I’m hoping by late January I can be back skiing groomers,” she says. “It’s ambitious, but I feel like I’m getting stronger every day. I have to be positive.”

Injury has highlighted the importance of time in the gym for this elite athlete. From baby steps in a therapy pool to weight and cardio training and yoga, she has found a new zeal for fitness and workouts. She has also had time to slow down and discover meditation, a skill she will call on to calm nerves before her next gnarly run.