Sjaan Gerth’s promising career as a professional triathlete ended as quickly as it began when he was the victim of a hit-and-run drunk driver who left him with a damaged spine and legs. But Gerth’s athletic spirit is as strong as ever and he’s succeeding in a new sport.

The 35-year-old family doctor in Ottawa has become one of the top-ranked cyclocross competitors in Ontario and has his sights set on the national level. In 2016, despite participating in only a few competitions, he placed fourth overall in the province in the elite men’s class, finishing ahead of riders with considerably more experience.

“Success came fairly quickly, faster than I had anticipated, so I’m hoping this is just the beginning,” he says. “Being a national-class rider I don’t think is that far off. That’ll happen in 2017 and then I can get into races in the United States where they have a bigger market and a more competitive field. From there, who knows?”

Gerth’s athleticism earned him a track scholarship at Ohio State University from 2000-2004 and, after focusing on his medical career, marrying and starting a family, he returned to competitive running in 2014 and transitioned to triathlon. In April 2015, in only his fourth competition, he placed first in his age group and fourth overall in a 70.3 mile Ironman race in New Orleans. His time earned him his pro card from Triathlon Canada.

But tragedy struck less than two weeks later. While on a training ride in Uxbridge, he was struck from behind by a drunk driver operating a stolen truck. Gerth required multiple surgeries to insert rods, plates and screws in his back and legs, and it took almost nine months before he could fully walk again. High-impact distance running was out of the question.

The switch to cyclocross, which combines elements of cycling and short bursts ofcross-country running over and around obstacles, has provided him with a new athletic outlet.

“What I’ve learned about myself is just the tremendous inner strength and determination that I think we all have as human beings, but with moments like these, it kind of gets brought to the forefront,” he says. “You see it on a day-to-day basis. I was not convinced at all that I would get back into anything athletic or that I would have the drive or have any interest in it. It was less than a year from the accident when I knew I needed something athletic again back in my life.” 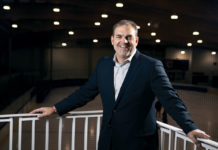 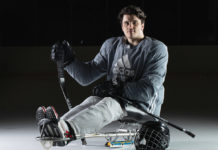 For The Love Of Hockey 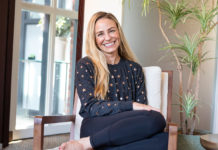 Brenda Drew - November 18, 2019
For Calgary realtor Tanya Eklund, philanthropy is a natural part of life – it’s practically part of her DNA. She was raised...

IMPACT Magazine - November 15, 2019
Learn how to sleep again and get your life back!

Yoga and Beyond Now in Mission District

Brenda Drew - November 12, 2019
Yoga and Beyond has crossed the river! Enjoy the same transformative experience at this new location.